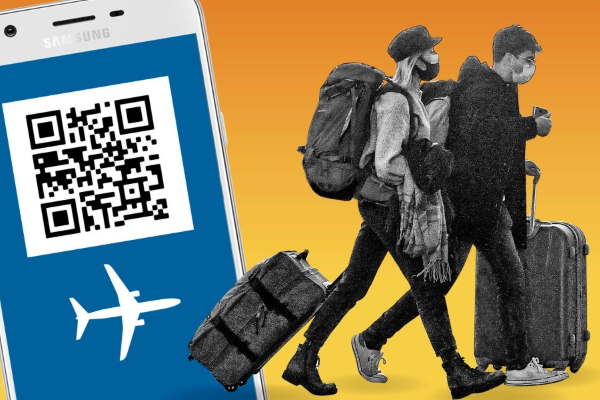 Back to the future, take three…

Scrabbling around in hand luggage for a pen will be a thing of the past for arrivals to Australia, with plans to replace the tedious paperwork with a digital offering which will also include vaccination certificates.

Accenture has won the tender to deliver the AU$75 million Digital Passenger Declaration (DPD) system which will replace the physical arrivals card and the Covid-19 Australian Travel Declaration web form.

The deal comes four years after the green departure cards were scrapped – back in 2017 – with the demise of the orange arrival cards also touted around that time, and after nearly $13 million in consultants’ fees had already been paid to consultancy and legal firms working on the plan.

Plans to rebuild the visa processing system have proved problematic.

Accenture, in partnership with Australia Post, was among the two shortlisted bidders for that project. A consortium which included PwC, Qantas Ventures and NAB among others, was the second bidder. Both are understood to have walked away with at least $1 million for co-design work.

The project had already been delayed thanks to political conflicts of interest, with Prime Minister Scott Morrison and Immigration Minister David Coleman having to recuse themselves because of personal friendships with a member of one of the bidders.

In dumping the project last March, then acting immigration minister Alan Tudge instead said the Department of Home Affairs would instead undergo a wider overhaul of its services.

Initially, the new system will only replace arrivals cards, but not visa processing. However, the government says it will consider how the technology the DPD is based on can be reused to deliver a suite of digital upgrades to other government services. That could include visas, import permits, personnel identity cards, licenses, registrations and other documents.

In its early stages the DPD will enable arrivals paperwork to be completed on mobile devices or computers up to 72 hours prior to boarding, providing passengers with digital confirmation of their ability to travel to Australia. It will link in with the QR code vaccination certificate which is due to be released later this month.

The new pass will reportedly be able to pass information to public health authorities in Australia for potential use for contact tracing.

Trials are expected to begin in the coming months, before being deployed at scale, throughout major Australian airports.

Tudge had previously said the DPD would support the quick and secure collection of incoming passenger information, enabling the safe reopening of global travel.

“This will help us to welcome home increasing numbers of Australians, and welcome the tourists, travellers, international students, skilled workers and overseas friends and family we’ve all been missing during the pandemic.”

Australia’s border is expected to reopen from as early as November, once the country’s vaccination rates pass the 80 percent milestone and with the introduction of the vaccine passport.

Qantas and Jetstar have been preparing for a gradual reinstating of international schedules between Australia and ‘low risk’ countries, including Singapore, the UK and US, Canada, Japan and Fiji, from December.

New Zealanders meanwhile are watching on, likely somewhat enviously. The Ministry of Health told iStart last week that work on a digital vaccine certificate is underway, with that certificate due ‘around December’. A staged border opening is ‘on track’ for next year.