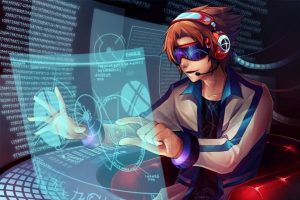 Moving to higher order services to reap the cloud gains…

Two new reports suggesting businesses are still struggling to reap the benefits of cloud come as no surprise to James Valentine, CTO for A/NZ IT provider Fronde.

“A lot of organisations think some sort of magic is going to happen just by virtue of moving from an existing data centre and up to the cloud,” says Valentine, who has been helping customers migrate to cloud for 12+ years. “But for many people it’s your mess for less on the cloud – and unfortunately the reality is it’s often not even less.”

His comments are backed by recent reports from both Unisys and Nutanix, showing cloud isn’t living up to expectation for many businesses across Australia and New Zealand – and globally.

Meanwhile Vanson Bourne research, conducted on behalf of Nutanix, found 73 percent of respondents were moving some application off the public cloud and back on-prem as companies realise that one size cloud strategies don’t fit all use cases.

“For example, while applications with unpredictable usage may be best suited to the public clouds offering elastic IT resources, workloads with more predictable characteristics can often run on-premises at a lower cost than public cloud,” Nutanix says.

While Nutanix is touting its report as proof that hybrid is the way to go, Unisys’ take is that companies need to make cloud part of their core strategy, integrating cloud into broader business transformation strategies.

Leon Sayers, Unisys Asia Pacific regional consulting lead, says rather than a lift and shift approach, successful cloud implementations require the right framework in place at the outset, with continual innovation and updates over time.

Valentine also highlights the prominence of lift and shift moves to the cloud as a deciding factor in the lack of cloud success in hitting business’ expectations, saying companies will struggle to get ‘these magical benefits people talk about’ from simply picking up workloads and moving them to cloud, more or less how they were in their on-prem configuration.

“There are some really important steps around optimisation and making applications ready for the cloud, taking advantage of what the cloud platforms can offer and that’s the missing piece,” Valentine says.

“Where we see the opportunity for organisations is to take moving to cloud as a way to start taking advantage of some of the higher order services that cloud platforms offer.

Those ‘higher order services’ include serverless computing – something Valentine believes will be the new pattern for business.

Serverless computing is the emerging layer on top of infrastructure-as-a-service and platform-as-a-service. It’s essentially an architecture where code execution is managed by the cloud provider, enabling developers to focus purely on the individual functions in their application code and freeing them from the hassle of managing, provisioning and maintaining servers.

“The cloud provider is taking responsibility for basically everything and all we’re dropping in is our bits of code into AWS Lambda Functions or Google Cloud Functions or running these functions as a service,” Valentine says. “Or the cloud provider is fully running the database for us, like a NoSQL database, and managing everything. All we do is talk with an API and we don’t have to worry about any of the other underlying management or operation of the platform. We simply use the platform for what we want to use it for.”

It’s not a new technology – AWS unveiled their Lambda offering back in 2014 and since then cloud service providers have been quick to jump on board and offer their own versions of serverless.

“Serverless capabilities are more or less infinitely scalable,” Valentine says. “They’ll sit and idle and do nothing and then when a thousand events or a million events come in, the infrastructure seamlessly scales to handle these surges of demand.”

For companies with spiky sets of requests – think an ecommerce site on Black Friday – Valentine says serverless can be a boon.

“Traditionally you’d have to provision a whole lot of infrastructure to handle that whereas now the cloud provider will just scale those functions and fully managed databases up without you having to touch a thing. You get the automatic scaling, a lot of the non-functional requirements around isolation, security, are that much easier to obtain because there’s less you have to worry about.”

It’s leading to some interesting architectures with more event driven architecture, he says.

“Developers can build things faster because they can focus on a particular function, so they don’t have to worry about as many different things. So the code being deployed is smaller, almost like microservices.

“Once deployed it’s fully managed so the operators have much less to worry about when it comes to devops and managing the applications.”

The most common entry point to serverless for many A/NZ businesses is in exposing APIs to the world.

“People using things like API Gateway from AWS who are, say, launching a new mobile app or deploying a new website will want to have a really scalable reliable API that those consumer services connect into,” Valentine says.

For customers taking hundreds of thousands of requests a day on their API Gateway, processing it though serverless functions into legacy backends can have a significant economic payoff, with Valentine putting the costs in the dollars a day, rather than hundreds of dollars a day compared to the cost of traditional running of an API Gateway.

Startups building SaaS software offerings are another key market Fronde is seeing emerge for serverless, as is any company that has applications with very sporadic usage.

“With a serverless platform, when it’s not being used you’re not paying for it.”

For larger organisations, it can also be an opportunity to introduce some automation.

“We’re seeing organisations of all sizes starting to think about what are the events that are happening in my application and could I use serverless functions to consume those events and start to react intelligently to them.”

He cites the example of one customer who has an application that occasionally has a ‘hiccup’.

“They’ve been able to consume the events coming off that particular application stack and using a serverless function as those events come off the function runs, looks at the event payload, realises it’s an anomaly and runs a remedial script to fix up the problem.

“If you’re stuck with some traditional infrastructure it is a great way to start introducing automation into the stack and that’s a pretty popular area for smaller organisations trying to lower the operational burden of running in the cloud.”

Says Valentine: “Serverless is going to become the new pattern. Customers will expect cloud providers to do so much more for them and they’ll focus on what makes them different and great, which is the applications they’re deploying and the business processes they’re trying to execute across.”