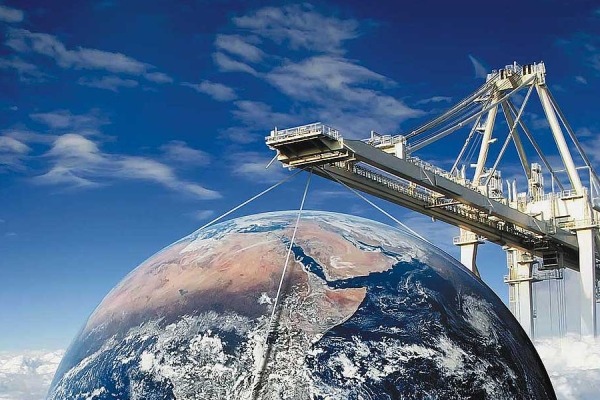 Digital transformation is an ‘inappropriate message’ that is leading companies down the garden path and dooming them to failure according to an IT consultant, who says it’s time to drop the myth of transformation and get real.

Owen McCall, whose previous roles have included more than five years as a partner at Deloitte Consulting in Australia and time as the CIO of New Zealand’s The Warehouse Group, says the transformation message is inappropriate and one we need to do away with.

McCall was speaking to iStart on the back of IMD Business School’s 2021 Digital Vortex Report, which shows that while executives are no longer debating whether they need to move forward with digital transformation, they’re struggling to understand how to do so.

“Even with widespread digital adoption, organisations are not learning as you would expect,” IMD’s Michael Wade and Jialu Shan say. “Instead, more and more say they are responding to digital transformation and are investing heavily in digital tools and technologies, but they aren’t getting results.”

“There is no doubt that transformational approaches fail.”

That’s no surprise to McCall.

“The research is really, really clear: Large scale transformation projects, whether they be digital or any kind of transformation through the ages predominantly fail.

“There is no doubt that transformational approaches fail. They don’t succeed,” he says.

McKinsey and BCG research both showed 70 percent of digital transformations fall short of their objectives, often with profound consequences. They’re among a myriad of reports to flag digital transformation failures. The list of reasons why is as long as the number of reports themselves, ranging from a lack of a clear strategy, ‘unspoken disagreement among top managers about goals’, a failure to monitor and measure progress or to rethink and modernise the tech stack, and the failure to adopt an agile governance mindset.

McCall is more blunt. He says we need to drop the idea of transformation, and instead think iteration.

“As much as we know large complex projects are hard to do and we’re not very good at them and we often fail, the research says we actually quite good at small quick changes. Things we can understand and deliver we are quite good at. Things that are large and complex we’re not so good at,” he says.

“We continue to produce reports that say transform, transform, transform’ and it’s an inappropriate message because you are leading people down the garden path and, having lived on both sides of the fence, the cynic in me says the only reason we do it really is we want to sell large engagements because that’s how we make money.”

McCall says while increasing numbers of companies are investing in iterative processes, they’re still in the minority with the vast majority of ‘traditional’ local companies – those not born in a digital era – still very much about big bang transformations.

Pulling no punches, McCall says: “It’s ‘strong’ executives wanting to stand up and display vision, saying ‘we’re going to change everything’ and we still predominantly have waterfall execution of large transformation programs.”

Certainly, reports show executives are embracing digital and the ‘transformation’ ideal. A recent Gartner report found 86 percent of respondents deemed technology as having a transformational role in addressing strategic business priorities, while another Gartner report this month saw one in five CEOs citing ‘digital’ in one form or another as a key strategic business priority for the next two years.

The IMD report, from the Global Center for Digital Business Transformation at IMD,  found that more than 90 percent  of respondents believe digital disruption was a CxO-level concern. But it also found that 39 percent felt their organisations weren’t responding appropriately, with the number reporting having a fragmented digital strategy actually rising from 53 percent in 2019 to 61 percent this year.

“This is a strong indicator that while companies are pursuing digital projects, they are struggling with execution and they are most likely not getting all the benefits they hoped for from their digital investments,” says Professor Wade.

For McCall, the solution lies in doing away with the big bang ‘transformation’ projects and focusing on that iteration.

He advocates to his clients that they start thinking in 90 day cycles and start breaking down what they do into projects and initiatives that can be delivered in that 90 day period.

“Define your vision as to who you are and why you do what you do. What are you trying to do and what is your vision for the next two or three years. And I think that has to be something that is about making a difference in some way outside the organisation, even if it’s helping our customers be more successful.

“Then ask what the most logical thing is you can do today to help you progress towards that vision and define a project you can do in 90 days that gives you a measurable step forward,” he says.

“I’m not necessarily saying go agile and do sprints, but we’re introducing that element of breaking things into smaller, quicker, more logical chunks that are easier to deliver and allow us to be able to stand back and delivery check if it worked and adjust in the next 90 days.”

Bringing executive processes into the 90 day process is also encouraged by McCall.

McCall says in general, the adoption of agile for certain project processes is a good thing ‘and mainly right’, with agile by its nature doing iteration well, most companies aren’t going agile, they’re going wagile – a combination of waterfall and agile.

He cites projects which start with a standard waterfall business case, because you need approval and you need to get money, then leap into being ‘agile’ in terms of the customisation and development of the solution, before heading back into waterfall for standard testing and then deploy.

“We have got our methodologies mixed up.”

A big reason for that, he says, is because we haven’t adapted our governance and approval processes, most of which continue to expect a business case for a big project and a go live.

“Most boards expect to see one-off investment projects that they can approve, manage and control, so our governance processes are traditional waterfall processes.

“In general it’s right – you do require that for investment purposes – but you need to move your investment decision making from projects to programs, and depending on who you are as an organisation, from programs to products.

Turning it into an ongoing product development flow – at least for companies where a product view is appropriate – is the trend and direction.

“Until boards and executives start moving the governance processes to be more agile and support agile ways of execution we’re going to struggle to adapt the iterative processes within an organisation.”

McCall is also scathing of the way transformation projects are foisted on organisations by over-enthusiastic executives who take an adversarial stance.

Resistance to change from the wider team is often cited as a reason for DX failures, but McCall argues that the leaders themselves set up the resistance in the way they announce projects and attempt to execute them from a top down perspective.

“They create the perfect storm for resistance to occur.”

He says the command and control, or industrial model of leadership and agile with its call for everyone to be more creative, can’t co-exist.

“They are completely contradictory.”

Instead he says companies need to focus on standard best practice leadership – establishing vision, enabling and supporting an organisation to make it happen, rather than imposing change on the business.

“We need to get to 21st century leadership, where it is about vision, where it’s about empowering and letting people express themselves freely to make the change happen themselves. And if you put the right incentives on people to drive the right change… most people will figure out how to act to meet the incentives and requirements of their job. But the implicit and explicit incentives need to be highly aligned and then you need to get out of the way of people and let them do their job.”