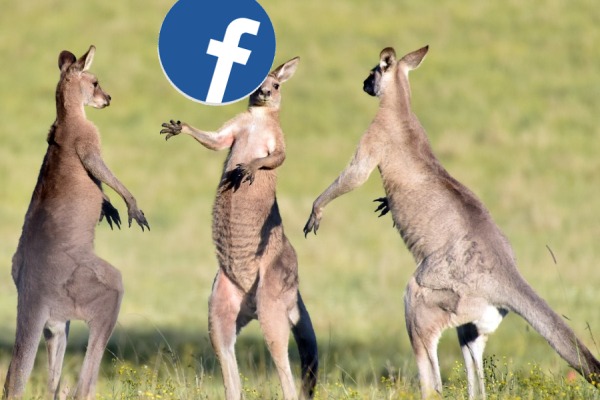 After a week of blocking Australian news sites – and several others – Facebook and Australian lawmakers seem to have come to an uneasy truce.

The Government has been attempting to force Facebook to negotiate content sharing deals with Australia’s major publishers since last year. The News Media and Digital Platforms Mandatory Bargaining Code would establish a mandatory code of conduct for digital platforms and news media businesses when bargaining over news content posted on social media.

Facebook doesn’t want to pay for news content at all of course, and things came to a head last week, with the social media giant blocking the sharing of news content – and lots of other stuff – in Australia, en masse. Major sites blocked in Australia last week included ABC, The Sydney Morning Herald, The Guardian and The Age.

“Oligarchies will consolidate, and consumers will get nothing.”

But Facebook is using a sledgehammer here, not a scalpel. Among the collateral damage, Bureau of Meteorology, Suicide Prevention Australia and even New Zealand’s Climate Change Commission, all misidentified by Facebook as Australian news outlets and banned from having links to their website content shared.

Facebook’s Simon Milner, VP of APAC public policy, has since apologised for the temporary bans, charactering the company’s restriction of news content across the country of Australia as ‘a really hard thing to do’.

“We are sorry for the mistakes we made”.

The social media giant’s restriction of news has been met with almost universal criticism from politicians around the world, with US House of Representatives chairman David Cicilline characterising the Facebook’s coercive behaviour as ‘not compatible with democracy’.

But that was then, and the news is back on now after the Australian Government promised to introduce amendments to the code  to ‘provide further clarity’ to digital platforms and news media businesses about the way the Code is intended to operate. Facebook today announced it has signed ‘letters of intent’ with three Australian publishers: Private Media whose stable includes The Mandarin and Smart Company, Schwartz Media and Solstice.

The amendments are small, but Minister for Communications Paul Fletcher, says they provide ‘further impetus for parties to engage in commercial negotiations outside the Code’, a central feature of the Government’s proposed framework.

The amendments were met with immediate approval from Facebook, which has now restored news-sharing in Australia.

“It’s always been our intention to support journalism in Australia and around the world, and we’ll continue to invest in news globally,” says Campbell Brown, Facebook’s VP of global news partnerships, “and resist efforts by media conglomerates to advance regulatory frameworks that do not take account of the true value exchange between publishers and platforms like Facebook.

“The government has clarified we will retain the ability to decide if news appears on Facebook so that we won’t automatically be subject to a forced negotiation,”

News content creators have struggled to monetise their online businesses. While many of the grievances against Facebook are legitimate – fake news, et al – Facebook has filled a market gap, offering low-cost, targeted advertising to audiences, that content creators struggle to compete with. Why would Facebook want to change that arrangement?

“What the proposed law introduced in Australia fails to recognise is the fundamental nature of the relationship between our platform and publishers,” says Facebook’s Brown.

“Contrary to what some have suggested, Facebook does not steal news content. Publishers choose to share their stories on Facebook. From finding new readers to getting new subscribers and driving revenue, news organisations wouldn’t use Facebook if it didn’t help their bottom lines.”

But while Facebook is underplaying the importance of news content on its platform, it’s news content – shared across Facebook audiences without recompense to the original publisher – that makes the social giant’s US$84.2b worth of global advertising medicine go down.

It’s just that advertising used to pay for journalism. Now it pays for platforms.

Unfortunately, news isn’t a simple commodity like any other. It’s an essential service. When a privately-owned service provider can switch off the news for 25 million people because it disagrees with the laws of the land, that’s a big problem – especially when that platform is a notorious source of misinformation itself.

For now, the news is back on and Facebook, which has done deals in the UK with publishers including Sky News, The Guardian and Telegraph Media Group for its Facebook News section, is talking up its plans to ‘invest’ in supporting the news industry and ‘partner’ with news publishers.

Treasurer Josh Frydenberg earlier comments that Facebook’s Mark Zuckerberg has told him he intends to engage in ‘good faith’ negotiations and sign commercial deals – discussions for which are apparently underway – with news publishers came to fruition – somewhat – with the news of the signing of letters of intent. Commercial agreements will apparently come into force within 60 days of full deals being signed. Facebook signed a similar deal earlier this week with Perth’s Seven West Media.

So what does that mean for the future of news in Australia? What does it mean for competition?

“Where will this end up?” asks Joshua Gans, professor of strategic management at the University of Toronto and advisor to the ACCC on the Digital Platforms Inquiry in 2019.

“It will end up with the large digital platforms doing deals with the largest news outlets,” he says. “Those deals will be multi-year lump-sum payments which enable everyone to go about their business.”

Gans says that, as it stands, the government’s legislation will fail to deliver any competitive outcome whatsoever.

“As often happens in Australia, oligarchies will consolidate, and consumers will get nothing.”