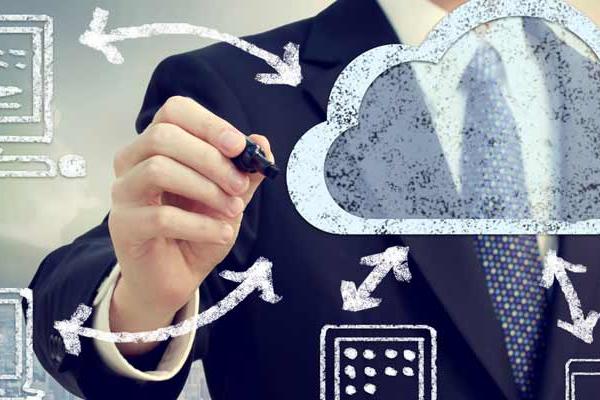 Microsoft has gone the full cloud monty with the updated Dynamics AX release, local retailer Citta to be among first to hook up…

Microsoft today beamed the launch of its newest version of Dynamics AX to a global audience of around 700 interested parties via live feed. This latest offering is more than just a new version, however. It is, in the words of Microsoft’s technical fellow Mike Ehrenberg, “a totally modern, cloud-first platform” which delivers “elastic scale” based on Azure technology.

Microsoft has gone full-cloud, releasing the cloud version before its complementary on-premise version.

Although the launch event was presented as a live stream it was actually a slick video presentation, hosted by Christian Pedersen, GM of Enterprise ERP, and filled with top bods from Microsoft including an opening keynote by CEO Satya Nadella and a host of like-minded supporters.

Contrary to years of tradition, AX is going commando, with no version and no year to its name, although AX 7 has been the working title pre-release.

Dan Brown, GM of R&D for Microsoft, was excited about the new product, saying that customers can’t believe the good-looking Dynamics AX product is ERP: “ERP is usually old and you have to use it, but this is something they love to use,” he enthused.

New Zealand’s home décor store Citta Design will be one of the first organisations to go live with the new platform, run from the Azure Cloud hosted in Microsoft’s Sydney data centre.

Grant Taylor, who as Kathmandu’s CIO spearheaded its move to Microsoft Dynamics AX in 2013, is now COO at Citta Design and has been rolling out a similar Microsoft project there with the help of Microsoft partner Sable37. Citta already uses Microsoft Azure, SharePoint, CRM Online and Office 365 and the next step is to update its ERP to Dynamics AX in the cloud with a planned go-live date of this June.

The emphasis of the launch was on the new-found speed, intelligence and improved user experience that Dynamics AX delivers within a cloud environment. Microsoft has embraced the world of ‘short drops’ and will be regularly updating the software, hence there being no version and no year appended to the product name. This is good news for users who want greater flexibility and the ability to make use of the latest technology as quickly as possible. As one Microsoft customer, Priva, put it: “This means we can add value to our business every month instead of every year”.

Business intelligence is embedded at every layer, using in-memory BI with the Power BI tool which was released earlier this year. The software will chip in to suggest the next best move to users as they go about their tasks. (AX users will, however, need separate licences to access powerbi.com and to add any data sources beyond just AX.)

Improved user experience comes in the form of a new UI and flexible presentation format, which offers different user experiences for different roles. It also has ‘workspaces’ which present a 360 degree view of a process and provide business intelligence insights. Information can be accessed and manipulated from desktop, tablet or phone. (Interestingly, one of the demos appeared to feature an iPad; a signal of the more open Microsoft culture under Nadella.)

Microsoft is pushing the Azure market place as an area for third party developers to host and promote AX industry solutions and extensions. On the day of release, 48 solutions have been published, with more to come. The pre-configured solutions are designed to improve the efficiency of Microsoft’s partner eco-system and deliver higher quality implementations, faster.

Rebecca Wettemann, VP Research, Nucleus Research said the investment Microsoft has made on the usability front and in other capabilities  such as mobile apps and embedded BI “positions them to have a highly usable but very functional product.” Wettemann, added: “When we look at the return on investment that cloud ERP offers over on-premise we find they deliver 1.7 times the return on investment of on-premise, so users get more value through the lifecycle of the ERP.”