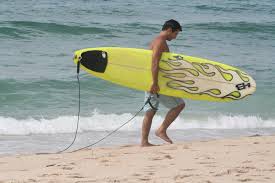 A year after launching its cloud-based Business ByDesign suite in the New Zealand market, SAP has announced its first local adopter, and it’s much smaller than its traditional clientele…

Coastlines, a New Zealand surf and beach lifestyle brand, has chosen SAP’s cloud solution and IT-partner Soltius to help it meet the strict supply chain requirements of its heavyweight retail clients. At only 23 people in size, Coastlines is not the usual 1000- seat SAP client, but the implementation shows that the software mega-vendor is broadening its offering to compete with younger cloud vendors.

At a pre-launch media event last year, Graeme Riley, managing director of SAP New Zealand told iStart, “New Zealand businesses are being transformed by the cloud at unprecedented velocity. To successfully compete in global markets, Kiwi businesses need systems that are up and running fast at a low cost of ownership, while enabling scalable and rapid innovation.”

The availability of Business ByDesign meant that New Zealand businesses of all sizes would, for the first time, have access to SAP’s entire integrated set of cloud solutions, which includes supply chain management, financials and CRM, to name a few, at a low price point and in a scalable format.

Despite the speed at which cloud solutions can be deployed, it has taken SAP almost a year to sign its first customer, perhaps due to the confusion caused when it announced last year that it was slowing down development of the SAP ByDesign system to focus on its HANA cloud platform. SAP has since clarified that it is working to transition all its cloud offerings on the SAP HANA Platform. “SAP Business ByDesign continues to be part of the SAP cloud portfolio and continues to be supported and actively promoted in its current scope through our extensive partner ecosystem,” said a spokesperson back in November 2013.

This week’s announcement will likely pique the interest of many small New Zealand operators that until now may have perceived SAP to be only for the big boys.

In Coastline’s case, its CEO says the SAP solution will enable him to plan his company’s future with confidence. He said he can now tightly manage the progress, risks and profitability across all of Coastline’s projects and knows he has the support of SAP and IT partner Soltius should he need it. He also said the SAP name adds credibility with his buyers because large companies like Carrefour, Sonae, Torpedo7 and Super Retail Group tend to run SAP themselves. “If you want to foot it with the big boys in global markets you have to play by their rules using their tools,” he said.

He adds, “People think being an entrepreneur is about taking risks. It’s not. It’s about quantifying and managing risk, about understanding risk and reducing it. That’s why we went with SAP: to help us understand and manage risk.”