News > The real future of blockchain, no BS

The real future of blockchain, no BS 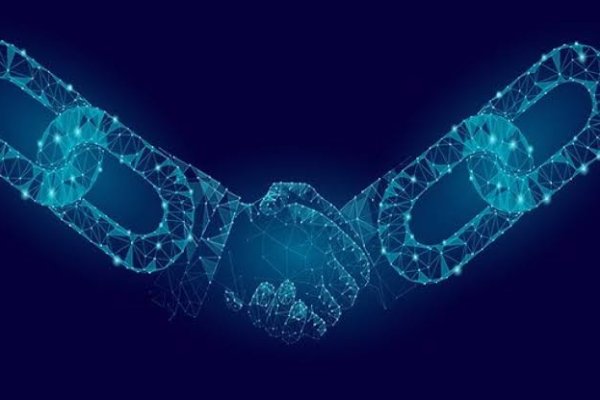 Has there ever been a technology hyped harder than blockchain? While everyone’s betting on that next blockchain cure-all, the reality is that there’s probably still some time before blockchain really starts to enter the mainstream.

The potential for the tech is still vast of course. A new paper from market researcher Juniper, entitled 5 Most Promising Use Cases for Blockchain, aims to narrow the sights on just where the big wins for blockchain tech will be.

By giving back control to the end user, blockchain could solve some of these issues.

With the population set to swell to 9.8 billion by 2050, improving supply chain management in food supply is a growth industry.

And with 30 percent of all food produced worldwide either lost or wasted, the potential efficiency gains – and hopefully decreased scarcity issues – is great.

There are several ways introducing blockchain to the food industry could deliver benefits, says Juniper.

“All of those are linked to the full visibility that blockchain gives manufacturers, retailers and producers able to view their upstream and downstream activities, location and status of products, with certifications and insights for the entire value chain,” says the report.

Case in point: In July, international food giant Nestle announced it would launch a food tracking pilot in partnership with blockchain platform OpenSC that will see New Zealand milk tracked as it’s transported to the Middle East. If successful, the pilot could lead to tracking solutions by which provenance is monitored via QR code, mobile apps and the web.

It seems like every fintech startup is a blockchain fintech startup these days, but there’s more to it than just creating investment buzz. Blockchain’s impact on the future of international financial transactions – specifically making them faster and cheaper – is likely to be huge.

“Many clearinghouses process tens, or even hundreds, of millions of financial, commodities derivatives and securities transactions per annum,” explains Juniper. “At present, the clearing firms involved in the transaction have independent processing systems; each party involved in the process will keep their own copy of the record of a given transaction; the lack of standardisation between clearing bodies or correspondent banks means that costs are high and settlement periods are lengthy.

“The introduction of a blockchain-based system would increase standardisation, substantially reduce the risk of error (including double-spend) and indeed the time taken for error checking.”

But there’s more to it than just transaction speeds. Juniper says that the ability to easily track transactions across the ecosystem is where the real profit lies.

“In the case of settlement and, indeed, other potential use cases for blockchain technology, the true benefits do not come from the time-based efficiencies the technology offers,” says the report.

“It is likely that the greatest savings will come from compliance and credit history, rather than through paperwork reduction. Blockchain affords complete traceability of financial documentation, allowing financial institutions to have far greater visibility on participants and that (for example) a participant has been vouched for by other trusted parties.”

According to Juniper, blockchain technology (such as smart contracts) has the potential to revolutionise the insurance sector, bringing modernisation and a much-needed transparency to the industry.

Such disruption is likely to take time however.

“As often with blockchain verticals, insurers and blockchain companies will have to overcome significant regulatory and legal hurdles as well as technological ones in a space that has not yet fully embraced the cloud, for example.”

Add to that a sprawling regulatory framework and you’ve got a slow, if not painful, transition in store for the industry.

“The insurance sector is a highly regulated space protecting consumers from abuse and insurers from bankruptcy. Thus, legal frameworks will need to evolve significantly to allow blockchain technology to succeed in the sector. Also, due to the sensitive nature of insurance data, insurers will have to use private permissioned platforms only, which are still under development.”

There are myriad possible deployments for blockchain technology in medicine, from securely managing patient records to eliminating fraud in clinical trials to better genome research. But with 250,000 children in developing countries dying each year from fake or substandard drugs, there is certainly a strong use case for better tracking of drug provenance.

“Juniper Research believes that blockchain’s ability to track medical drugs and equipment is its strongest and most cost-effective use case in healthcare. Indeed, blockchain technology would have the most impact reducing the tremendous socio-economic burdens put on developing and developed countries.”

While the identity market is currently dominated by service provider giants like Google and Facebook, there’s increasing focus on blockchain’s role in creating a more secure, user-centric identity management framework.

“Data ownership still largely belongs to the apps and services to which users grant consent to,” says Juniper.

“These apps are increasingly subject to data breaches and identity theft endangering users’ private information. By giving back control to the end user, blockchain could solve some of these issues. Indeed, instead of giving consent to many apps and service providers, users could have an encrypted digital hub where their digital identity would be stored. This way, users could have control over who accesses their hub and revoke access when needed.”

There are varying scenarios under which such a system could work, but Juniper is pointing to recent projects involving self-sovereign identity principles, in which the individual owns and controls their identity without interference from outside ‘authorities’, as a likely way forward.

The paper comes from broader research from Juniper, Blockchain: Key Vertical Opportunities, Trends & Challenges 2019-2030, which predicts that the value of B2B cross-border payments stored on the blockchain will exceed US$4.4 trillion by 2024 – from the mere US$171 billion in 2019.

“The implementation of blockchain is part of a wider strategy for financial institutions to digitally transform operations. Blockchain will enable stakeholders to reduce operational costs in a competitive market that is becoming increasingly commoditised, says research author, Dr Morgane Kimmich.