TikTok: Four companies and a president 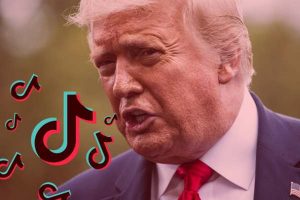 The messy, political, world of the TikTok deal – will it scare users away?…

And when we say new owners, we actually mean minority owners: Despite plenty of talk (not to mention confusion) around the deal, the two US behemoths have taken a mere 20 percent stake in TikTok Global. Reports suggest that 20 percent stake is coming at a cost of US$12 billion.

Under the deal, TikTok Global would be responsible for delivering TikTok services to US users and ‘most of the users in the rest of the world’ (including Australia and New Zealand) Oracle says.

“There is still work to do on final agreements.”

For Oracle the deal, which also includes a cloud hosting arrangement, provides a strong reference customer. Its cloud business is much smaller than that of competitors Amazon, Google and Microsoft and scoring a big ‘customer’ like TikTok could help the company win more cloud business. For Walmart it signals a plan to ‘explore the intersection of TikTok and ecommerce’ – something TikTok itself was testing back in late 2019. Of course, it’s also likely about data: Like any social media platform, TikTok is home to a wealth of data on its users who in TikTok’s case are predominantly young – a demographic Walmart is undoubtedly keen to tap.

It is, of course, the sale to avoid President Trump’s threats of a US TikTok ban, enabling the popular Chinese platform to fight another day in the US in the face of Trump’s strong anti-Chinese rhetoric. The video and meme-based platform, which boasts more than two billion downloads globally and more than 100 million US users, has been at the centre of a political storm for several months, with Trump issuing an executive order effectively ordering TikTok parent ByteDance to sell the US operations by September 20 or have the app banned in the US.

Trump said this week he had given his blessing to the deal which according to Oracle and Walmart will see Oracle take a 12.5 percent stake, while Walmart gains 7.5 percent. In announcing the deal on Sunday A/NZ time, Walmart was stressing that it’s still a tentative deal. “There is still work to do on final agreements,” the retail chain advised.

Walmart is right to be cautious.

While the initial announcement from Oracle claimed TikTok Global will be ‘majority-owned by American investors including Oracle and Walmart’, headquartered in the US and have four American’s on the five-member board of directors, just hours later ByteDance (which is already 40 percent owned by US investors including American growth equity firm General Atlantic, Japan’s SoftBank and Canada’s Pension Plan Investment Board), reportedly scotched any suggestions the US companies would have control over the business.

It says it would still hold a majority share in the company.

The battle continued with Oracle saying as soon as TikTok Global was created, Oracle and Walmart would make their investment and the shares would be distributed to their owners. “Americans will be the majority and ByteDance will have no ownership in TikTok Global,” Oracle says.

ByteDance meanwhile, has said it won’t be transferring algorithms and technologies to Oracle as part of the deal, but that Oracle can instead check the source code.

With all three companies presenting differing versions of the deal, and Trump in the mix to boot, most commentators are still trying to figure out exactly what’s going on and what any agreement will actually entail.

In its Sunday announcement, Walmart said its CEO Doug McMillion will serve as one of the five board members of the newly created company and ‘we would work toward an initial public offering of the company in the United States within the next year to bring even more ownership to American citizens’.

The company is claiming the deal will bring ‘over 25,000 jobs over time’ to the US, and deliver more than $5 billion in new tax dollars to the US Treasury.

ByteDance, meanwhile issued a later statement saying the $5 billion was a ‘forecast’ of taxes TikTok Global would pay over the next few years and has ‘nothing to do’ with the Oracle/Walmart deal.

Five billion is also the figure apparently requested from Trump in return for approving the deal, though that $5 billion was portrayed as being part of the up-front deal. As to where it will go: Trump has apparently earmarked it for the controversial US education ‘initiative’ to teach children America’s ‘real history’. Apparently, it’s not just fake media, but fake history that Trump has issue with, and he wants a reframing of the country’s history, including slavery.

News of the deal was accompanied by another release from Oracle, this one heralding that Oracle has been chosen as TikTok’s secure cloud provider – apparently ‘heavily influenced by Zoom’s recent success in moving  a large portion of its videoconferencing capacity to the Oracle Public Cloud’.

Oracle will host all the app’s US data providing ‘data privacy for 100 million American TikTok users’. There’s been no comment from Google, which TikTok agreed last year to spend more than US$800 million with for cloud services.

For Oracle, the cloud deal provides another strong reference customer.

It’s been a long, convoluted road to a deal, should this one come through. Initially Microsoft was touted as the most likely candidate to become the owner of TikTok’s North American, Australian and New Zealand operations. They were unceremoniously dumped out of the race in mid-September, announcing that ByteDance ‘let us know today they would not be selling TikTok’s US operations to Microsoft’.

“We are confident our proposal would have been good for TikTok users, while protecting national security interests,” Microsoft said on September 13. “To do this we would have made significant changes to ensure the service met the highest standards for security, privacy, online safety and combatting disinformation, and we made these principles clear in our August statement. We look forward to seeing how the service evolves in these important areas.” No hard feelings there, then.

Meanwhile, the US Department of Commerce says the deadline for the TikTok ban has been extended until September 27. Whether anything will be clearer by then is doubtful.

What also remains to be seen is whether the politicisation of TikTok’s modus operandi will turn users off the platform.

It sure feels like it’s a lot less cool now.