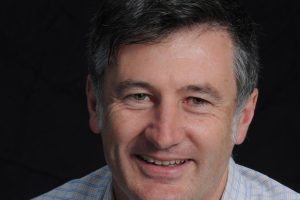 Kiwi data infrastructure automation company WhereScape has been acquired by US software house Idera for an undisclosed figure.

Privately owned Idera specialises in database, developer and test management tools, and is the parent company of a number of B2B software productivity brands.

“The business had grown up enough to take this step.”

Michael Whitehead (pictured), co-founder and CEO for 17 years of WhereScape, initially in New Zealand and then globally, drew some parallels between the deal and sending a teenager out into the world.

“It’s 20 years since we set up WhereScape as a data warehouse consultancy and 17 years as a global software business, so after a lot of hard work, so many contributions from a load of great people, support from the best customers you could ask for, and many setbacks and successes along the way, the business had grown up enough to take this step.”

While Whitehead was constrained in what he could say about the deal, he did say that alongside the recent sale NOW Consulting it felt like ‘the end of an era’.

WhereScape was 52 percent owned by Pioneer Capital after it initially acquired a 35 percent stake in 2014 for a sum reported at “well North of NZ$10 million”. At the time, the company had 70 staff and revenue of NZ$21 million (which would have included the NOW team). Whitehead was the other major shareholder, with US directors also holding minority stakes.

David Morris, former NOW Consulting CEO and now head of Enable at Qrious, says the reseller agreement that Qrious negotiated, which saw it as the exclusive New Zealand reseller for WhereScape, will be transferred to Idera.

“With WhereScape now being part of the global software business, we can expect to see further investment and development of this product in the future,” Morris says.

“As the market shifts to support DevOps use cases for data professionals, WhereScape will be even more important to companies managing complex data environments across platforms and channels,” Jacops says.

“By focusing our product investment on ease of use, scalability and quality, we expect WhereScape to remain the leading data migration solution and drive more value for our 10,000+ customers.”

The Kiwi company has more than 700 customers for its offerings which include WhereScape RED, WhereScape 3D and WhereScape Data Vault Express.