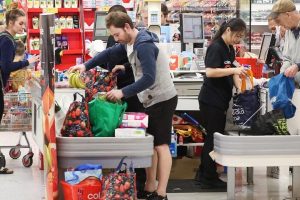 Industry on notice over data practices and payment card linking…

The Australian Competition and Consumer Commission is taking aim at loyalty schemes, calling on companies to improve their data practices, and for some big name brands stop linking payment cards to member profiles.

The consumer watchdog’s final report into customer loyalty schemes calls for legislative reforms as well as for companies themselves to take action to improve their own schemes.

The recommendations, if adopted, could see substantial changes to the way companies collect and trade or sell data, as well as using it to ‘personalise’ marketing. And while the report sounds the warning bell for companies operating in Australia, companies across the Tasman might also want to listen up given increasing concerns globally about the collection and use of personal data by companies.

It’s an increasingly contentious area and one which the ACCC has been pushing hard in: The loyalty scheme review follows the Digital Platform enquiry which also flagged concerns about the collection and use of data by organisations such as Facebook. The ACCC has been clear in its push to put consumer data back in the hands of the consumer. It’s already taken action against Google over the ‘misleading representations’ the company allegedly made about the personal location data it collects, keeps and uses; and HealthEngine for allegedly misusing patient data.

“Many consumers would be shocked to find that some supermarkets continue to collect their customers’ data even when they do not present their loyalty cards.”

The Customer Loyalty Scheme final report says data collection policies are often vague and non-specific, with consumers having little ‘meaningful’ control over how data is collected and used – and little understanding of just how widely the data collection extends.

While some loyalty programs have made changes since the release of a draft report in September, the ACCC says it’s not enough, and it’s still concerned about certain practices and wants companies to improve both their data practices and how they communicate with consumers to help consumers understand how the programs operate.

It calls out Coles, Flybuys and Woolworths Group, in particular, noting the companies’ data collection continues even when a customer doesn’t scan their loyalty card, thanks to the linking of any payment cards used to member profiles.

“When consumers no longer want to participate in a loyalty scheme they are unlikely to actively cancel their memberships due to the effort and time required to do so – rather, they will simply stop scanning their loyalty card when they shop,” the report says.

The ACCC says while Flybuys and Woolworths Rewards disclose in their privacy policies that they may continue to track purchasing and transaction activities of loyalty members even when they don’t scan their card, consumers are unlikely to know the data is still being collected and used.

“Coles, Flybuys and Woolworths Group should end the practice of automatically linking members’ payment cards to their profile to track their purchasing behaviour and transaction activities when they do not scan their loyalty card,” the ACCC says.

“Many consumers would be shocked to find that some supermarket schemes continue to collect their customers’ data at the checkout even when they do not present their loyalty cards,” Rod Sims, ACCC chair, says.

“When a customer chooses not to present their loyalty card, we think it is reasonable that they would not expect their data to be collected for that transaction, and we are therefore calling on the relevant schemes to stop this practice.”

But it’s not just the practice of collecting data even when cards are not being used, that has raised the ACCC’s ire.

Mirroring the views it expressed in the Digital Platforms enquiry, the customer loyalty scheme report raises concerns over the profiling of consumers based on data collected, including through sharing of consumer insights with third parties. That’s something that could be used for increasingly targeted advertising – something the ACCC says could potentially result in different consumers being offered different prices for identical products or services.

“There is also an emerging risk of real consumer harm if individual consumers were to be charged inflated prices based on profiling derived from their data,” Sims says.

“For example, if a person’s frequent flyer data or online search history indicates they can only travel on certain dates, or otherwise based on their income, geographic location or other information collected through the loyalty scheme they may be charged extra.”

As well as placing the industry on notice over its loyalty scheme practices, the ACCC is calling for the Privacy Act to be strengthened. that includes updating the definition of personal information, strengthening notification requirements and consent requirements including ensuring any settings for additional data collection is pre-set to ‘off’, and requiring personal information to be erased ‘without undue delay’ when requested by consumers.

It’s also proposing the introduction of direct rights for individuals to bring actions or class actions before the courts to seek compensation for an ‘interference with their privacy’.

“We also recommend … that a new law against certain unfair trading practices be considered,” Sims says.

“Our recommendations would protect consumers and help ensure consumer trust in loyalty schemes, in the digital economy and in data-based innovation, which is a benefit for the broader economy.”