The future benefits of AI are bigger than you can imagine 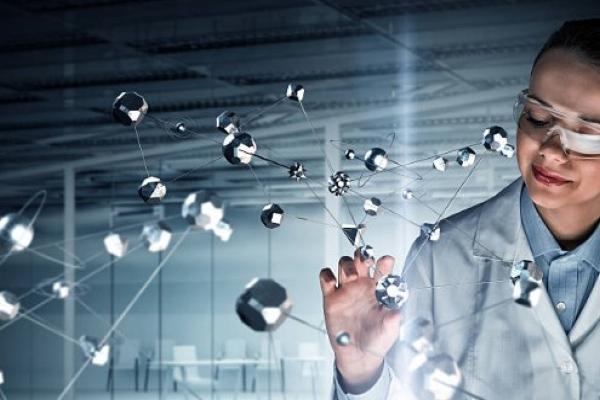 It’s currently one of the hottest topics in the technology sector and, if experts are right Steve Singer says AI’s impact will be as big as the silicon chip…

Long a favoured subject of science fiction movies, AI is rapidly shifting from being a technical novelty to a powerful business tool. Research company Gartner has forecast that, by 2020, more than 85 percent of customer interactions will be managed without a human. They will have been replaced by some sort of AI.

You don’t have to look far to see evidence of progress already being made. Recently, an AI-powered computer beat a human playing the complex game of Go – previously thought to be the most difficult challenge for artificial processing. There are also growing numbers of AI-powered autonomous vehicles, including a caravan of trucks that crossed Europe with just a single operator to monitor systems.

However, while there is no doubt that significant advancements have already been made in the field of AI, what’s been achieved so far is only a first start on the path.

Just the beginning
Understanding the growth of AI is crucial to understanding the advances we have seen. Full AI – or complete, autonomous sentience – involves the ability for a machine to mimic a human to the point that it becomes indistinguishable from them: the so-called Turing test. This type of true AI is still a long way from reality.

Some would say the major constraint on AI’s future development is not our ability to develop the necessary algorithms, but rather having the computing power to process the volume of data necessary to teach a machine to interpret complicated things like emotional responses. While it may be some time yet before we reach full AI, there will be much more practical applications of basic AI in the near term that hold the potential for significantly enhancing lives.

With basic AI, the processing system embedded within an appliance (local) or connected to a network (cloud) learns and interprets responses based on “experience”. That experience comes in the form of training through using data sets that simulate the situations we want the system to learn from. This is the confluence of Machine Learning (ML) and AI.

The capability to teach machines to interpret data is the key underpinning technology that will enable more complex forms of AI that can be autonomous in their responses to input, and it is this type of AI that is getting the most attention. During the next ten years, the use of this kind of ML-based AI will likely fall into two categories:

Future potential
There is no doubt about the commercial prospects for autonomous robotic systems in the commercial market for aspects such as online sales conversion, customer satisfaction, and operational efficiency.   This application is already being advanced to the point that it will become commercially viable, which is the first step to it becoming practical and widespread.

Simply put, if revenue can be made from it, it will become self-sustaining and thus continue to grow. For example, the Amazon Echo personal assistant has already succeeded as a solidly commercial application of autonomous technology.

In addition to the automation of transportation and logistics, a wide variety of additional technologies that utilise autonomous processing techniques are being built. Currently, the artificial assistant or ‘chatbot’ concept is one of the most popular. By creating the illusion of a fully sentient remote participant, it makes interaction with technology more approachable.

There have been obvious failings of this technology (the unfiltered Microsoft chatbot, ‘Tay,’ as a prime example), but the application of properly developed and managed artificial systems for interaction is an important step along the route to full AI. This is also a hugely important application of AI as it will bring technology to those who previously could not engage with technology completely for any number of physical or mental reasons.

By making technology simpler and more ‘human’, some of the barriers to its use that cause difficulty for people with various impairments are removed.

Increasing pace of development
The use of AI for development and discovery is just now beginning to gain traction, but during the next decade it will become an area of significant investment and development. There are so many repetitive tasks involved in any scientific or research project that using robotic intelligence engines to manage and perfect the more complex and repetitive tasks would greatly increase the speed at which new breakthroughs could be uncovered.

There is also the tantalising possibility that, as we increase the capability of our AI systems, they could perform research and discover new avenues to explore. While this is still a long way away, it could greatly accelerate the discoveries needed for many advancements that could improve and extend our lives.

The doomsday vision that forms the central narrative of many sci-fi movies, where robots assume complete control of society, is unlikely to become reality. Machines still lack human nuances such as perception, intuition, and plain old gut feeling.

However, learning from repetition and developing new processes is well within reach of current AI tools and will improve as research advances.

Instead of being frightened by the prospect of a Terminator-like future, we should be welcoming the potential AI has to offer the world. 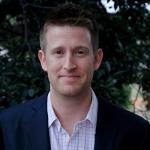 Other Articles by Steve Singer

The future is now: Welcome to the data century

Economic empires have been built on data, but at what cost, asks Steve Singer, ANZ Country Manager at Talend…

Why efficient data access is vital in today’s business world

In an increasingly digital and interconnected world, data has become the oil that keeps business humming, writes Talend’s Steve Singer…

How open source is driving the big data market

There is a clear split between legacy and next- generation approaches to software development, writes Steve Singer…

The reality of the AI revolution

Artificial intelligence (AI) is one of the most evocative and confusing terms in technology. In making sense of it, Steve Singer says AI is an everyday reality with plenty more to come…