Kiwis transforming how the world spends 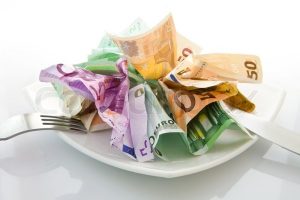 Whether in supermarkets, salons, fast food outlets or churches, Kiwi innovation is making parting with money even easier…

Since the roll-out of eftpos here in the late 80s, New Zealanders have been a fantastic test audience for shopping and payment technology. And looking at Paymark’s annual tally of the country’s eftpos transactions, we’ve been super adopters: 1.6 billion transactions a year, 150 transactions a second, and $64.97 billion spent via eftpos in 2019.

But smart Kiwi entrepreneurs have also spotted the wider potential to improve the way the world shops and pays for goods and services. Whether in supermarkets, with church donations or with salon bookings, we have a talent for taking the hassle out of handing over our hard-earned cash.

Last year Pushpay processed more than US$4 billion in contributions, having found a niche with huge demand – churches and religious organisations.

The SmartCart has unique AI vision recognition technology that scans and identifies the items you put in and take out of your basket or trolley. It syncs items live with a digital checkout list and app, allowing you to skip the checkout queues and walk right out of the shop.

In October, Imagr scored a significant deal to roll out its SmartCarts in huge Japanese retailer H20 Retailing Corporation’s supermarkets. Back in New Zealand it secured a deal with Farro to trial the SmartCarts in its Auckland Grey Lynn food store. As icing on the cake, the company recently announced a US$9.4 million capital raise led by Japanese Toshiba TEC.

No bank, no problem
Globally, new technologies like blockchain are starting to manage, verify and track transaction history in a range of industries. Kiwi startup Centrapay is one of a number of local startups working on peer-to-peer payment innovation – doing more traditional bank tasks.

Centrapay’s platform is working to allow the direct trading of goods and services while giving retailers the ability to get feedback from customers in exchange for things like vouchers and discounts.

While banks will continue to play a role in the economy, the prospect of instant and low-cost transactions will be a major drawcard for companies and merchants who deal with thousands of transactions a day.

Fast food, faster
New Zealand innovators are also helping fast food companies speed up and better serve their customers. Havelock North-based Fingermark developed the first self-ordering and payment kiosk for Subway and has since rolled them out in other outlets like KFC.

The company is making serious inroads into the huge global industry having secured contracts with the likes of Yum Brands (Restaurant Brands’ parent) and McDonalds. It has now developed an AI-driven software platform with predictive abilities using computer vision and machine learning technologies.

Other Kiwi innovators are looking to transform the industry’s packaging habits, including the likes of Milton Innovations with its spillproof Pop Top straw-less lid made of recyclable materials.

Frictionless fueling and bunkering
A collaboration headed up by Z Energy, with NZ technical partners Rush Digital and Invenco, has brought artificial intelligence and computer vision onto the petrol station forecourt. You can now drive up, fill up and drive off (legally) without ever having to pull your wallet out of your pocket. The aptly named “Fastlane” does exactly what it says – ‘Pull in. Fuel Up. Go”. Z and Rush have since collaborated further to bring ‘Sharetank” to the market, allowing virtual fuel bunkering and forward buying for their customers.

Hair appointments on the go
New Zealanders have it much easier than others when it comes to booking, buying, adding-on and following-up services.

Timely started out as an appointment scheduling platform for small tourism businesses but after expanding to meet demand across many sectors it now focuses on salons and spas. It operates in over 95 countries and has more than10,000 customers.

Similarly, Flossie gained significant experience running its booking platform in New Zealand for years and its research has found that online cart abandonment rates for the global industry are almost double that of traditional ecommerce businesses. Its new Powered by Flossie spinoff is helping huge beauty multinationals better understand their customers and streamline their digital booking experiences.

Making it easier to give
Kiwis are a generous bunch and we now have numerous ways to give, from paywave smartphone apps to Givealittle crowdfunding platforms.

New Zealand’s Pushpay was founded over eight years ago with a goal to make giving as easy as ‘buying a song on iTunes’. Its technology makes it easy and quick for people to engage and make one-off or ongoing donations – whenever they want.

Last year Pushpay processed more than US$4 billion in contributions, having found a niche with huge demand – churches and religious organisations. 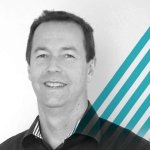