Opinion Articles > On the subject of IPOs… 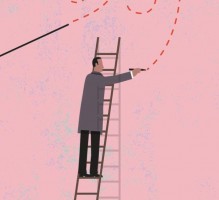 Over the past few years I’ve been amazed and ecstatic at the growth of the technology start-up ecosystem in New Zealand. When I first started covering the space, the thought of having multiple technology IPO candidates, a pipeline of early and mid-stage companies and a general awareness of the technology industry as an enabler of GDP growth in New Zealand was dismissed as crazy. Flip to today when we have a company gunning for the number one slot on the NZX based on market capitalisation, where every day we read of another tech IPO and where my inbox gets hit with (very welcome) pitches from companies looking for advice and investment.

But as the industry has grown, we’ve also perhaps got a little ahead of ourselves. I was reminded of this fact when I recently spent the day in board meetings for two companies I’m involved with as an investor and director. This article isn’t about those companies in particular, but Mindscape and Common Ledger are good examples of what we should be striving for in New Zealand.

Take the latter company: recently emerged from Wellington’s excellent Lightning Lab programme, Common Ledger is doing a fantastic job of executing far beyond its age. The founders have brought together a team of highly skilled individuals that cover off the primary needs of a tech business: technology skills, general management, financial acumen and legal/business development. In terms of having every ‘t’ crossed and ‘i’ dotted in the journey thus far, COO Carlos Chambers is an exemplar of how to do things right. A former solicitor with a large New Zealand law firm, the guy works all hours of the day, wears tee shirts instead of a suit and walks around the office in bare feet. If there is a better example of function over form, I don’t know it.

I’m not saying that bare feet are an indicator of start-up success, but I’ll always be bullish about a company that lets its work do the talking. There’s no pretense, flash suits or marketing fluff with these guys – it’s about focusing with laser attention on what needs to be done both behind the scenes and within the market.

Mindscape, on the other hand, is a far more developed business. They’ve been going for several years, have existing products and good revenue streams. But when it came time to go to market to raise some capital to scale their new product, Raygun.io, founders JD Trask and Jeremy Boyd didn’t do a fancy road show or try and get a highprofile talking-head on board to give them added credibility. No, they quietly talked to investors about the opportunity, put together a term sheet and continued to focus on their business. They raised a significant, but appropriate, amount of money and got back to work. Execute, execute, execute.

Let’s contrast that with some Silicon Valley examples. A couple of years ago a start-up called Color got significant attention when it raised over $40 million for a pre-revenue (hell, it was actually pre-product even) start-up. Many claimed it was the quintessential demonstration of the hype surrounding the Silicon Valley tech ecosystem. Needless to say Color had a couple of ill-fated product introductions and then the team sloped off to greener pastures.

Then there is the mobile application Yo which after being suggested earlier in the year as an April Fools joke, actually launched and gained $1 million in funding just a few months ago. The application, believe it or not, simply allows users to send the word ‘yo’ to each other. It’s saving the world, two characters at a time. If there is a starker opposite to what my first two examples are doing in terms of real business, I’d be keen to see one.

Which leads me to ask what we should be doing here in New Zealand to get a more vibrant and sustainable ecosystem going? Frankly, it comes down to moving away from the typical New Zealand approach of jumping on bandwagons, and moving instead to a culture of building viable businesses that are in context with our culture, our situation and our opportunities. That’s not to say that there’s not a place for billion-dollar businesses to be built in this country, but in rushing headfirst to identify and invest in the next big thing, we might just lose sight of the business fundamentals – build a product that people want, sell it at a price that is greater than it cost to build, then rinse and repeat. Simple, really, so let’s get back to business.