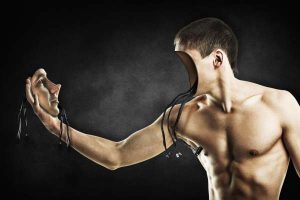 Human overseers still needed in a world of automation…

There is an emerging theme that smart technologies will augment what people do and make them more effective.

This theme is most apparent in the subtle retooling of the AI acronym from ‘artificial intelligence’ to ‘augmented intelligence’ over the past year.

But treating smart technologies as an augmentation of the human form is also a smart mindset in which to frame its future development.

“New AI and ML capabilities will enhance human creativity and ingenuity, not replace it.”

It’s an extension of – rather than replacement for – our brain power. It should be developed only within the express purpose of making our lives easier.

What’s this all about?
How far we take augmentation has been the subject of fierce debate and occasional experimentation for at least the past two decades.

Augmentation owes a lot to philosophers Andy Clark and David Chalmers and their seminal 1998 paper, ‘The Extended Mind’. In it, they explored the boundary of ‘self’ and the extent to which tools and technology could be considered to extend that boundary.

The theory got a kick in 2014 when a US court concluded that “modern cell phones . . . are now such a pervasive and insistent part of daily life that the proverbial visitor from Mars might conclude they were an important feature of human anatomy.”

That has allowed an idea to permeate that smartphones are such an integral part of life that they have become part of our bodies and minds. They usefully extend our human capabilities and have taken on the status of an accepted augmentation to our being.

Some people have taken this a step further by actually implanting technology within the body; a NSW man inserted a transit card chip in his finger. Others have inserted small chips in their finger that let them open doors or operate light switches.

Indeed, another argument is that humans effectively need to become cyborgs to compete with the robots of the future, augmenting their capabilities through a ‘merger of biological intelligence and machine intelligence’.

While that is clearly a long-term view, the growth of machine intelligence means we have an opportunity to observe how willing humans are to accept it.

No room for replacement
Smart technologies are also permeating the world of analytics, and the creators of smart analytics and its buyers must now convince employees that the technology is actually an augmentation of their existing skills and capabilities.

While some in the industry believe AI technology will replace the data analyst (because it will be superior to people when it comes to drawing insights from data), at Tableau we believe that new AI and machine learning capabilities will enhance human creativity and ingenuity, not replace it.

There are a few reasons why we believe this to be the case.

First, in most projects today, humans are still required as a point of escalation. Arguably this plays to strength of both machine and human, handing off the most repetitive of tasks to the machine while leaving the human to step in for only the most complex of cases.

For example, analyst firm Gartner predicts that virtual agents will “take over simple requests and tasks from a call centre, help desk and other service human agents, while handing over the more complex questions to their human counterparts.”

That will evolve over time. By 2022, Gartner has said one in five workers engaged in mostly non-routine tasks will rely on AI to do a job.

“Companies are just beginning to seize the opportunity to improve non-routine work through AI by applying it to general-purpose tools,” the analyst firm said.

The second point to make here is that machines still require human overseers to validate that what they decide is correct. The machine’s output must be constantly reviewed to ensure its accuracy remains high.

Humans with the domain knowledge in the business remain the best people to perform this task.

Gartner believes this kind of decision support/augmentation “will have surpassed all other types of AI initiatives to account for 44 percent of global AI-derived business value” by 2022.

It is clear that smart analytics technology is ready to act as extension of our bodies and a way to address our physical limitations.

The challenge now is for people to upgrade themselves and their capabilities with augmented intelligence – or to at least let their employers get on with the job of doing it. Either way, the workforce stands to benefit. 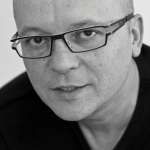 Other Articles by Mac Bryla

So you’re onboard with data analytics; now to deal with the blockers…