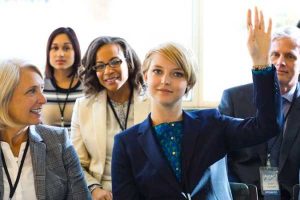 So you’re onboard with data analytics; now to deal with the blockers…

There are pretty clear signals from corporate Australia and New Zealand that they are onboard with data and the importance of enabling an internal data culture.

But they face the same headwinds as executives in other parts of the world to make good. PwC’s recent CEO survey is indicative of the challenges they face.

“Despite billions of dollars of investment and priority positioning on the C-suite agenda, the gap between the information CEOs need and what they get has not closed in the past ten years”, PwC found. “Organisations are struggling to translate a deluge of data into better decision making.”

I’m often asked by executives what they should be doing to create a better data culture in their organisations or to become more data-driven.

Data doesn’t drive anything. It’s people that drive the success or failure of data projects.

The phrase data-driven culture is being used everywhere, but data doesn’t drive anything. When you get to the bottom of it, it’s people that drive the success or failure of data projects.

Many companies just let culture happen; very few intentionally work on it, the Harvard Business Review says. Yet those that actively work to cultivate an organisational culture – the ones that find the enablers and weed out the blockers – are more likely to have engaged workforces.

Cultivating an internal data culture is no different. If you haven’t already done so, it’s time to identify and address blockers that are impeding your progress.

There are five common blockers I see in local organisations trying to develop a data culture.

People are good at finding reasons not to share or open up data reserves.

Internal departments like to hold onto their own data. They might feel there is limited benefit to them in opening it up to other internal users. But the magic really happens when you start collaborating and joining things across different datasets.

Executives need to find a way to break that down and to find an equation where everybody shares and wins.

In addition, people often hide behind security and privacy as an excuse not to share data. These are, of course, critical considerations and conversations, but they are often misunderstood.

The key is good governance. Done correctly, governance should enable people to get to the things they need to get on with their work. However, most people think of governance as locking things up and preventing them from accessing things.

Executives must redefine governance. It should be about ‘How can I give as much of this to people as possible?’ If there isn’t a legal impediment, the default should be to let people see and access data.

Data is still treated as a carve-out discipline in many organisations. It’s a technical domain for a limited set of data scientists and business analysts. This is a common blocker.

The reality is that everyone is a data person in some way. And if you become more interested in it, data is going to help you. It will make your work life much easier. It could even mean going home a bit earlier every day because better insights and decision-making support is at hand.

Executives need to find a way to show this to people ­– and the best way to do that is to put the power of data into people’s hands.

Taking data culture organisation-wide requires top-down leadership, but it also thrives on internal champions -– people who see the benefits and potential and can be subject matter experts in their own divisions or teams.

Community is massive. The most successful data deployments are the ones where there is a strong community. You need champions who will stand up on a soapbox and talk about their success, and create user groups and a community of practice events. Internally, things then spread.

As an executive, you’re onboard with data, but are your peers? And what about the people managers one or two layers under?

We all know people will defer to the HiPPO (Highest Paid Person’s Opinion) in the room. Data initiatives won’t go anywhere without that buy-in.

Executives should also be involved in these meetings. Having representatives attend instead can make it difficult for the people involved at lower levels of the organisation to gauge the receptiveness of the C-level to data-driven proposals.

One thing I’m often asked by executives is how to create a culture of curiosity.

‘Where do I find these people?’ ‘What sort of recruitment policies do I need to have to have my team do this?’ ‘How do I make existing employees ask more questions?’ ‘How do I make them be curious about data and discover things that they didn’t know were even there?’ are just some of the questions I hear.

A recent survey by Harvard Business Review found about 70 percent of workers face barriers to asking more questions at work. Executives were often the problem, prioritising efficiency over exploration, perhaps even subconsciously relegating exploration for fear it will slow business-as-usual progress.

The obvious solution is to make exploration easier. If data is hard to query and tools aren’t available to help people visualise data, test hypotheses and keep asking questions, they won’t. Giving people a way to visualise data and to question it whenever they like could bring results. 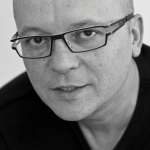 Other Articles by Mac Bryla

Human overseers still needed in a world of automation…