Three in one: Taking on the Dynamics upgrade challenge 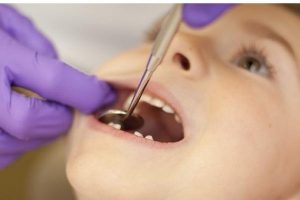 Long-time Microsoft Dynamics NAV user Abano Healthcare Group required an upgrade of its core business systems from an outdated version to the latest available. But this was no ordinary project: because the system was working so well for its Lumino the Dentists, Maven Dental Group and Bay Audiology, three full versions were skipped since the original implementation of NAV 2009.

Thus, bringing the three businesses owned by Abano Healthcare Group up to the most recent version presented a less than usual challenge.

Abano Healthcare Group is a New Zealand owned company listed on the New Zealand Stock Exchange. It is an active investor in and operator of healthcare and medical services businesses located in New Zealand and Australia.

The business was established in its current form in 1999 and its current investment focus is the $11-billion revenue trans-Tasman dental market and the Auckland radiology market.

The opportunity
Peter Radich, Abano Group CIO, explains that Dynamic NAV has been used by the company for some time. “Initially Abano’s audiology businesses used NAV. It made sense to put Dynamics NAV into the dental businesses, Lumino and Maven, to make the software pretty much standard across the group.”

Radich adds that with standardisation, there is the further advantage that technical expertise can be easily shared across the businesses, while, from a group standpoint, financial and other information can be readily reported.

The goal of the original deployments of Dynamics NAV in each of the Abano companies to create ‘as vanilla as possible’ an implementation, Radich explains; the quality of these implementations was such that there wasn’t any pressing need to upgrade – the system was doing what it needed to do – but time doesn’t stand still.

“Upgrading began to be a pressing issue for ‘hygiene’ reasons. Microsoft was dropping support for NAV 2009, which presents risk to the business. And, while the system was working pretty well, advancements in business requirements as well as new developments of features in the more recent versions of NAV were attractive, particularly in terms of being web-based for a potential future shift to the cloud, and for better reporting features,” Radich says.

The technology and the vision
Being a ‘triple’ upgrade meant Intergen had to take each company from Dynamics NAV 2009, to 2013, and finally to the 2015 version. Radich describes it as ‘the big bang of upgrades’. “This was like a 100,000km car service. Being such a chunky upgrade, it required a bit more management; that’s three versions for three businesses in one project,” he says.

“Being such a chunky upgrade, it required a bit more management; that’s three versions for three businesses in one project.”

The first cab off the rank was Lumino, notes its CFO Allan Wong Kam. “We were the crash test dummy, in that we were going to probably experience any potholes with implementation and understand why and how to avoid them before we rolled out the upgrade to the other businesses.”

The group looked to Intergen for the necessary expertise, support and project management. “Having a really well-engaged team was necessary for the success of the initiative. That makes a big difference; you have to think about what could go wrong and you need a bit of flexibility, because being an enterprise software project, there are always going to be challenges and surprises,” Wong Kam notes.

He says it is valuable to be selective in the way things are timed when executing a complex project of this nature, while allowing business units to continue with their operations uninterrupted.

From Radich’s perspective, getting it right at Lumino was important as it set a precedent for the subsequent upgrades at the other two businesses. “You need to be iterative in approach and we made a point of learning from the Lumino implementation so we didn’t need to worry about making the same mistakes with the other two business units. A lot of that is thanks to strong project management from Intergen; across the six months that this took, the same project team was running all three upgrades,” he points out.

Keeping the team together, Radich says, played a key role in the success of the initiative. “The intellectual property and experience was consistent with the same project manager; the biggest part of the effort, outside of the planning and management, was handling the technical data in jumping through the three versions. That necessitated multiple dummy runs to make sure everything was working properly and that the integration with the data warehouse was sound.”

The result
With careful planning and considered execution, Intergen delivered the upgrade within budget and on schedule, allowing the three companies to get on with business as usual.

As a company determined to continue its steep growth trajectory, Lumino the Dentists – and the other business units within Abano Group – is positioned with a modern system capable of rapidly rolling out to additional locations. “With the number of practices in the Lumino network well over 100 nationwide, we also have a system which is better able to scale to meet our continued growth,” Wong Kam confirms.

Thanks to the successful execution of this unusually demanding upgrade project, Wong Kam says the major advantage for Lumino is a fully supported, current version of their enterprise software. “We depend on Dynamics NAV to run our businesses and it does a good job of it. Now we have the surety of a stable platform, risk is mitigated and we enjoy the benefits that come with the most recent software.”

Those benefits extend to other companies within the group, confirms Radich. “The insistence in not customising the company’s finance system has delivered a notable advantage in the upgrade, as it makes the project something of a ‘technical lift, shift, train and familiarise’ exercise. However, it did involve other parties, notably the data warehouse guys with schema changes. We got them involved early and that, too, has helped this project go well.”