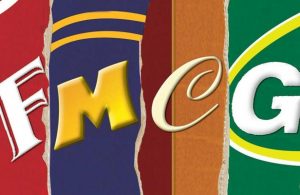 When rapidly growing FMCG company Pavé Group reached the limits of the capabilities of an accounting software package, it looked to Intergen and Microsoft’s Dynamics NAV enterprise resource planning solution. After a challenging implementation, the company today has an efficient modern solution which sets the scene for driving improved business performance through leveraging the power of information.

Pavé Consumer Brands is an Australasian company headquartered in Auckland, New Zealand.  The company was established in 2006 by the founders who shared complementary skill sets and shared vision on the changing nature of import and distribution.

Recognising that in today’s fast-paced business environment, it is not enough to be just an importer and distributor, the founders set about building a unique business model based on lean and cost-effective product, sales and distribution solutions. Brands associated with Pavé include Dole pineapple, Rejuva, Sushi Co. and Tough Guy

Situation
Christopher Wong, Pavé Group Limited director, explains that when the company commenced operations, the MYOB accounting package it was using was quite up to the task. “However, as business quickly ramped up, the system was no longer fit for purpose. While we don’t manufacture or warehouse any goods, we have quite complex Supply Chain Management and FMCG retailer servicing requirements, with the necessity to keep a close eye on goods as they move through the supply chain.”

In particular, explains Wong, the substantially expanded company had a variety of modes in which it purchased products, with added complexity in how goods were moving around. “As we reached the limits of the MYOB system, a lot of tools were being used outside of the system. That made things slow and painful, while also lacking the checks and balances which come with a consolidated information source.”

He notes that the MYOB system was seeing volumes of data in excess of a gigabyte being pushed through every day. “The requirement became clear for one system which would reduce admin time, give better reporting and better visibility, particularly in areas such as demand planning and mapping, temporary price reductions and rebate structures.”

Solution
Initially, Pavé Group had its eye on the Microsoft Dynamics AX product. “We had a good idea of what we were looking for in an ERP system and, being pretty familiar with the range of products available on the market, thought AX was probably the best bet. That was largely due to a number of good references sites across Australia and New Zealand,” relates Wong.

However, with Microsoft driving AX towards Tier One, the implication was that a deployment of this technology would come at a prohibitive cost; while Pavé Group’s requirements are complex, Wong notes that it is a firmly mid-market company.

“On exploring Dynamics NAV, this proved to be the best option,” he confirms, with Intergen selected as the partner to implement the software.

He describes the implementation as rocky, albeit with a good outcome. “Having done two implementations before, I knew what I wanted. We started with a rapid implementation programme, but it soon emerged that this would not deliver against the complex business process requirements which were necessary to equip the business to perform as it should.”

Instead of continuing with a ‘vanilla’ implementation which would require revisiting to adjust the system after the fact, Wong insisted on getting it right the first time. “This did result in a longer timeframe and budget implications – but, you can’t be half pregnant. It was necessary to identify gaps in the system and the plan and address those before commencing user acceptance testing and even considering going live on the system.”

However, he says Intergen responded well to realities emerging in the implementation phase. “In retrospect, we’re probably not a typical client,” he smiles.

Results
Wong is enthusiastic about the capabilities of the by-now bedded down Dynamics NAV solution. “Absolutely, we chose the right Dynamics for our business; NAV is a great system which is today doing just what it needs to do. While there are some customisations for our business, the general functionality and analytics it offers is brilliant.”

Absolutely, we chose the right Dynamics for our business; NAV is a great system which is today doing just what it needs to do. While there are some customisations for our business, the general functionality and analytics it offers is brilliant.
Christopher Wong, Director, Pavé Brands

He says it took around three months’ post-implementation for the system to be refined and kinks ironed out. “You’ll always find issues after you go live – but now, it is really flying. As the knowledge of our teams working with it increases, we’re expecting to get even more out of it. But already, information access is so much easier than it was before.”

In particular, he points to the obvious benefit of having nearly all information within a single system (the company does use a third party product called To-Increase). “What that means operationally is that order entry happens in half the time – actually, generally the team spends a lot less time on data entry, giving them more time to focus on more important aspects of their jobs. And the ability to instantly review the status of orders, rebates, pricing and many other metrics is invaluable.”

The company now enjoys a solid foundation which it expects to serve its business in the near to mid term. “We’ll be looking at how we can further mine the data than Dynamics NAV creates, collects and retains. We’ll use that to improve how we manage costs, profitability, the supply chain and operations, against our Key Performance Indicators.”

Right now, Wong says a well-functioning system is the tip of the iceberg; he anticipates improved information-based decision to change the game further. “A good ERP system is the key to managing operations – but the key thing for success is mining and using the data from operations to your competitive advantage,” he concludes.