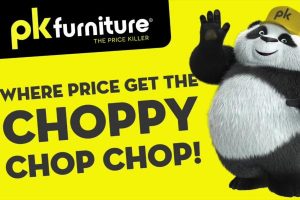 When one of New Zealand’s fastest growing retailers started to reach the limits of its ability to manage its vertically integrated operations with basic software tools, it looked for an enterprise resource planning solution capable of handling everything from import and warehousing, through to point-of-sale and ecommerce integration. PK Furniture found the answer in the locally developed n2 ERP, the solution from Auckland-headquartered First Software – and has transformed its business while opening a lucrative online sales channel.

Founded in 2010, PK Furniture is ‘the price killer’, with a goal of providing customers in New Zealand with the lowest prices and best quality goods manufactured in China and locally. The company manufactures, imports, warehouses, distributes and retails a wide range of lounge, bedroom, dining and outdoor furniture and accessories, and has quickly become a favourite for quality and value. From a single store, which opened in Manukau, PK Furniture has grown to 17 outlets across the North Island.

Situation
Initially a warehouse and a single store, PK Furniture approached its technology much like any other small business would: spreadsheets and point solutions were sufficient to manage the operation. However, with the style and value of its products capturing the Kiwi imagination, challenges soon surfaced as the business started to scale.

GM at PK Furniture Stephen Salmon explains: “One of the major disadvantages we were experiencing is that each store would operate as a separate instance from all the others, while the warehouse was not linked to any of them. This caused an escalating issue where stock control was difficult, and with scale, becoming impossible.”

From a financial control perspective, the limited systems meant orders from the stores would come into the warehouse manually. The stock would be identified through a process no more sophisticated than sending someone to look for it, and then dispatched to the appropriate location. In terms of accounting, data would be manually collated and keyed into a basic software package.

“This meant there was no real way to see a profit and loss for each store; all reporting required manual entry of information into spreadsheets,” says Salmon. “Those within the business were under no illusions – it was obvious that better systems were required as there was pressure from the stores, where ordering and in-stock queries were causing delays in customer service. The struggles with the website and difficulty of managing stock – with daily, manual stocktakes – made this apparent,” Salmon adds.

Then there was the company website. “The website had largely gone stagnant as it was completely isolated from any other systems in use at the business; eventually, it merely reverted to a ‘placeholder’ page as it was simply too difficult to do anything else with it,” Salmon relates – despite ecommerce being a preferred method of shopping for growing numbers of New Zealanders. “The website, really, was the catalyst; we realised this was a massive lost opportunity and we had to do something about it and the rest of the business at the same time.”

The quantity of goods involved provides an indication of the scale that PK Furniture had reached; the company handles more than 60 container loads of goods every month.

Solution
It had been obvious to PK Furniture’s operations manager that a more sophisticated, integrated system was necessary to take control of the business, establish a viable ecommerce presence and set it on a path for future growth. But the difficulty the business faced was finding a solution which would cater to its vertically-integrated structure and provide a fully-integrated, efficient and scalable platform for continued growth ambitions. “The key word is integration. We had a business where no one part was talking to any other part.”

Salmon says there was no shortage of suitors for PK Furniture’s business. “All the major vendors had approached, but it proved difficult to find one capable of delivering against our requirements. Some had warehousing, some had point of sale (PoS), some had ecommerce but separate accounting. Having experienced isolated systems, nothing but integrated would do – and that had to be at a realistic price and project timeframe, too.”

It was, he adds, “really difficult to find a vendor that does import, warehousing, distribution, ecommerce and retail, and does it well.”

That is, until the company quite by chance discovered First Software and its n2 ERP. “This was remarkable. Here was a vendor on our doorstep, with local developers, which met all our requirements. We got them in and couldn’t believe our luck: First Software could do it and they could do it at the right price, too.”

Salmon says the engagement required a complete overhaul of procedures, policies and even company culture – moving from manual, time consuming and error prone processes – and PK Furniture rapidly learned that it had a partner it could depend upon. “From an accounts perspective, everything changed with the automation introduced with n2. The mindset had to change, particularly with the integration which sees product entered only once in the warehouse, then carrying right through to PoS. The website, suddenly, was an integrated component, again drawing on a single stock record, while all products can be rapidly and easily made available online.”

A major amount of work went into preparing for the implementation and verifying data integrity, but at the time of going live, it was a matter of an overnight update. “Before the go-live, First Software had done the work with templates, migrating and checking data for integrity, so that aspect went smoothly,” Salmon adds.

He has praise for the First Software team, pointing out that throughout the engagement, PK Furniture has enjoyed direct access to the developers at any time of the day and night. “This sort of interaction and attention would be unheard of from an international vendor. With First Software, it’s just part of the service.”

Results
So dramatic is the difference between barely functioning with clogged manual systems, to an integrated company-wide ERP solution, that Salmon describes it simply as ‘stepping into the light’.

Perhaps most remarkably, equipped with a system which allows easy integration with an ecommerce channel, PK Furniture’s website has gone from zero, if not to hero, then to a multi-million turnover.

“This is unprecedented as it was achieved at practically no additional cost. I’ve seen major retailers relaunch their websites, with price tags upwards of $500,000, and seen hardly any sales for weeks. We had our first online sale within an hour and within a few months, the online turnover has become as big as that of a major store,” Salmon enthuses.

“I’ve seen major retailers relaunch their websites, with price tags upwards of $500,000, and seen hardly any sales for weeks. We had our first online sale within an hour and within a few months, the online turnover has become as big as that of a major store.”

This, he adds, would not have been possible without n2 ERP. “With this system in place, the visibility and ease of stock management, reporting and ability to expand to new branches, we are ready to continue not only growth, but also a drive to improved profitability.”

That growth, he adds, is forecast at 10 percent for in-store sales, with an anticipation that online sales will double. “People like the convenience of checking out goods in store, then ordering online for delivery. That absolutely depends on an integrated system, so what they see in store, is available online. If there is a misalignment, forget about it,” Salmon notes. “Some months in some stores, we are doubling sales – this just wouldn’t have happened without this system.”

He also points to n2 ERP’s Trade Me integration as a powerful tool to drive sales. “With a few clicks of a mouse, we will be able to list our entire catalogue on Trade Me, reaching just about everyone in New Zealand who is looking to buy, and at no cost.”

From a reporting perspective, financial and stock control is vastly improved, with the ability to monitor performance daily, while the warehouse has gone from ‘system-less’ management to a situation where knowing exactly what is in stock – and where it is held – is a matter of a few mouse clicks.

That’s accelerated performance across the supply chain, with an effect which customers feel at the PoS – orders are processed more rapidly and without onerous paperwork or back and forth. And as soon as something is sold, whether online or at PoS, the transaction reverberates across the supply chain: n2 ERP updates the financials, the warehouse, store and online inventory, all automatically.

“The magnitude of the change is quite hard to describe; frankly, even more hard to understand is how we managed for 5 or 6 years without an integrated system. Now, n2 ERP is doing everything we have asked and required of it – but even so, we know that this is just the beginning and it is capable of so much more. Every time we ask First Software ‘can it do this’, they answer, ‘Yes,’” Salmon concludes.