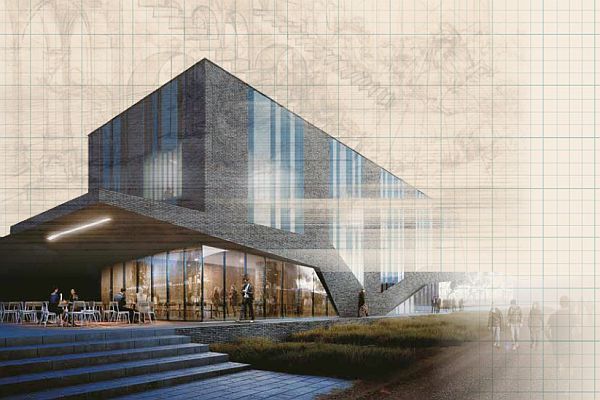 The collective IQ of Australasia’s office towers is steadily rising as a growing number of smart building projects is completed. With the accompanying improvement in building’s green credentials, the result is the creation of human- and environment-friendly spaces that tenants are queuing to occupy. The evidence is in the rapidly growing number of green stars awarded to construction projects by each country’s green building advocacy body. It is clear developers are increasingly willing to pay for clever design and smart technology in pursuit of better efficiency.

In the background, architects and engineers are equipping themselves with the IT tools and expertise to enable them to design, construct and operate buildings to exacting certification standards. Vanessa McGrath, the NZGBC’s senior technical co-ordinator, says adoption by the construction industry of building information modelling (BIM) software and building management systems (BMSs) is a positive development.

“IT provides powerful tools to model building performance in terms of response to climate and other conditions at the design stage and to manage buildings efficiently and fine-tune them in response to occupants’ needs,” says McGrath.

BIM, in particular, is having a profound effect, requiring design teams to go beyond “design intent” to “fully co-ordinated and integrated designs”, she says, creating a shift in responsibility within the construction world. A fully implemented information modelling system will tie in with a host of other systems to ensure a smart building design isn’t let down by poor commissioning and operation.

A fully commissioned example of high-level integration is the University of Queensland’s A$30 million Global Change Institute (GCI) facility, designed by global building design agency HASSELL and built by Towoomba-based construction firm McNab. The degree of automation of the six-star-rated building, one of Australia’s first, was recognised with an award for sustainability through innovation last year.

The structure, which is touted as a ‘living building’, features automatic internal and external blinds, louvres, shade-screens, in-slab cooling and audiovisual and lighting systems that interface with a BMS, described by the building’s operators as central to its day-to-day running. Its four levels have no air-conditioning, relying instead on a suntracking shading system and a central ‘thermal chimney’ for temperature regulation.

Solar roof panels connected to storage batteries produce all the electricity the building needs and a storage tank holds 60,000 litres of rainwater for cooling and kitchen and shower use.

A range of touch panels throughout the building connect to one of seven master controllers, which talk directly to the BMS. Building manager David Harris says the ability for users to control room temperature, lighting and airflow locally, while feeding information through to the central controller, was critical to the system’s success.

“The management system enables us to continually monitor the building’s operational status and user preferences, which will allow us to make the building even more comfortable for staff and students in the future,” he says.

Even before the building was standing, McNab implemented BIM systems to help it to manage the construction process and feed vital information to Australia’s green building certification body, opting to use cloud-based conject applications. General manager, environmental services, Mark Jewell says the rigour of the Green Star rating process and the building’s complexity convinced McNab to opt for conject, which can receive, index and store almost any document, communication, report and contract associated with any project.

Instead of two or three people taking up to six weeks to collate the information required for Green-Star certification, software can be expected to cut the duration and headcount needed for the work by more than half.

BMSs such as that in the University of Queensland facility are nothing new, but the NZGBC’s McGrath says they are becoming more capable.

“The use of fuzzy logic allows the BMs to learn how occupiers use the building and can optimize thermal comfort and energy efficiency accordingly.”

“What’s happening is that systems are becoming more adept, more sophisticated and increasingly allowing access to real-time data in a useful format that enables continuous commissioning. The use of fuzzy logic allows the BMS to learn how occupiers use the building and can optimise thermal comfort and energy efficiency accordingly.” McGrath says ASB Bank in Auckland, for example, is making data available to staff so they can play a part in maximising building efficiency.

According to Frans Plugge, however, buildings are often born smart but fail to reach their potential. Plugge, of Wellington’s ECOsystems, says the company’s engineers frequently go into buildings with impressive environmental credentials but the facilities are being mismanaged.

“It’s amazing how much of our work is in fivestar green-rated buildings,” says Plugge. “They have good equipment but the way they’re programmed and commissioned means in the majority of cases our work is still required. That’s because the Green Star rating relates to building design, not operation.

“About five years ago we looked at best practice in the US and UK and concluded that buildings in New Zealand were using about double the amount of energy they should be. We have a pretty temperate climate compared with many parts of the US and UK, which experience greater extremes of cold and heat, so we shouldn’t need to use anything like the energy we do.”

Sometimes energy waste can be put down to lack of intelligence on the part of a building’s operators, such as when heating and cooling are merrily taking place at the same time. An energy audit by a team of ECOsystems’ control, mechanical and electrical engineers, can unlock such savings.

“What we typically do is spend months on-site to get an understanding of how a building functions, how the controls operate, where the energy is being used and what we can do to reduce consumption,” says Plugge.

It’s not that technology isn’t being used for building management but that it’s not being well implemented. Office equipment such as a photocopier, for instance, might be placed beneath a temperature sensor, which then gives an elevated reading and triggers unnecessary cooling.

Or an employee arriving at work on a cold morning might take his place at his desk, feel chilled after the warmth of his car and request that reception have the heating cranked up. The receptionist relays the message to the facilities manager, who calls an off-site control operator who turns up the temperature.

Meanwhile, a late-arriving worker reaches the office after it has been warmed by the sun and wants to be cooled. “There are a number of scenarios like that happening all the time that mean we’re using much more energy in our buildings than we should be.” 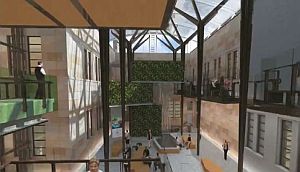 At Dowse Art Museum in Lower Hutt, for instance, cooling of exhibition spaces was an uphill battle because of warm air entering through the gallery’s open restaurant doors on sunny days. The answer was to install doors between the dining and temperature-controlled areas.

Similarly, at McDonald’s outlets it was found airconditioning units in the kitchens and dining rooms were both set to 21 degrees Celsius, without regard to the different uses of each space. In the kitchen, where heat’s being produced by cooking, cooling is constant to provide a comfortable working environment.

In the dining room, however, 21 degrees is unnecessarily warm in winter when customers enter dressed for much lower outdoor temperatures. Conversely it’s cooler than necessary in summer when outside temperatures can be in the 30s. Turning the temperature down by two degrees in the winter and vice versa in summer represents a huge energy saving. “Heating and cooling is where the bulk of energy is used,” says Plugge.

ECOsystems sets out to cut energy use in commercial buildings by half, which Plugge sees the internet of things playing a big part in. “At this stage it’s about putting sensors in the right place and automating controls so that if, say, the temperature is adjusted, it goes back to its original setting after a period of time.” 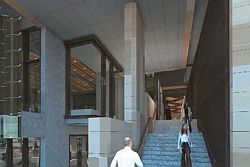 The cost-effectiveness of technology such as LED lighting, which uses half the energy of alternatives, keeps improving. Installing equipment and using the information from it correctly is the next stage. If sensors show the outdoor air temperature is lower than indoors, for instance, cooling can be provided by pumping fresh air in rather than the less efficient refrigeration of indoor air.

There’s no shortage of hardware and software for the task. But very often the problem is the ‘wetware’ or the human element. “The big factor is the tenant-landlord conundrum, as we call it.” Landlords aren’t eager to pay the capital cost of energy-efficiency systems. For the tenant, meanwhile, staff overheads dwarf energy savings, and there’s a perception that their comfort might be compromised by sub-optimal environmental settings.

“There’s no shortage of hardware and software for the task. But very often the problem is the ‘wetware’ or the human element.”

But perceptions are changing, says McGrath. “There are some positive models of tenant-landlord collaboration on energy efficiency. For example, IAG is working closely with owners Goodman Property in Christchurch and Newcrest in Auckland to ensure energy-efficient premises.

For that matter, throwing every monitoring and automation gadget at a building isn’t going to be much use if the basic principles of sustainable construction –orientation to the sun and how a building responds to the climate – aren’t followed. “IT can be a great boon in modelling and designing for the climate,” says McGrath, pointing to the ‘parametric design’ of Adelaide’s South Australian Health and Medical Research Institute building as an example. It too features shades that change orientation to provide protection from the heat and sun.

“It’s about using a lot of data to guide a design that is as low-energy and as responsive as possible. Once a building is operational, smart collection and use of energy and other data is a great tool for efficiency. But it’s not just about having the data – you need to know and understand how to use it and have a plan.”

That’s where Nabers – the national Australian built environment rating system – and its New Zealand offshoot Nabersnz come in. Nabers was developed to measure a building’s energy efficiency, water usage, waste management, indoor environment quality and impact on the environment, scored from one (signifying considerable scope for improvement) to a market-leading six stars.

Building information modelling (BIM), which the New Zealand Government is promoting in a bid to boost construction industry productivity, goes hand in hand with tools such as Nabers. The Ministry of Business, Innovation and Employment, which is leading a ‘productivity partnership’ initiative with the industry, calls BIM a game-changer.

By producing a digital representation of the physical and functional characteristics of a building, BIM gives a reliable basis for decisions concerning the structure throughout its life. The process is being adopted by architects and engineers including Jasmax and Beca.

According to research by McGraw Hill, Australia and New Zealand are leaders in BIM use. By the end of this year, nearly threequarters of 435 construction industry professionals surveyed in the two countries expect to be using BIM in 30 percent of their projects, McGraw Hill says. With both Auckland and Christchurch in the middle of construction booms, that has to be a good thing for all.