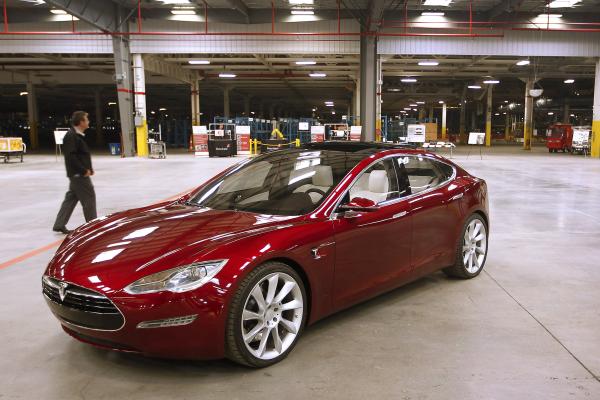 Competition, disruption, technology, mass personalisation, better service, more service, more instant gratification, we care about you, we look after you, automation and you get what you want. But what really makes the difference? Could all the tech be nothing compared with the good old fashioned personal touch? And does that contribute to Tesla’s apparent ability to win hearts and minds?

When machine data analysis outfit Splunk’s PR people pitched an interview looking at ‘What’s contributing to the increasing uptake of DevOps in New Zealand and Australia’, we were intrigued. First of all, is that statement even true? Sure, we see plenty of chatter around agile and DevOps, much of which revolves around if ‘this is the way of the future’, whether waterfall dev methods should be chucked out altogether, and of course the odd curmudgeon noting that merely claiming something is agile doesn’t necessarily make it so.

Yes, OK, OK, we’ve done the unthinkable there and conflated DevOps with agile. These aren’t the same thing, granted, but they are pretty closely related.

In any event, Andi Mann, an Australian now based in Boulder Colorado and Splunk’s chief technology advocate, got on the phone to explain. “We don’t have data to back it up, I have to say, but we sponsored the State of DevOps research report, and from that there is definitely pickup which we see with customers, particularly those which are data-driven. There are positive outcomes.”

Mann provides a great overview of the what, why and how of DevOps in this video.

What are those positive outcomes? “Financial benefits; you spend less on software development, you deliver through multiple channels, getting the same software on multiple platforms in the same development cycle, that is powerful. But the biggest benefit tends to be around speed, with faster, agile development following an iterative model of adding small features and releasing quickly, with a close connection to business requirements.”

Which brought to mind the title of Jason Jennings’ book, released in 2000: It’s not the big that eat the small– it’s the fast that eat the slow. So catchy that 17 years later, it still makes sense. Mann said, yes, this is indeed the case. “There is a lot of benefit there – but even with agile, if you don’t have collaboration with operational teams, you’ll hit the wall. And no matter how fast your development, if you can’t get it into production, you’re not agile.”

Of course, the thing that’s driving the need for ‘continuous integration, testing and deployment’ is changing customer expectations. There are new service paradigms emerging from new competitors. For the old companies, nothing is safe any longer, and a lot of ‘competitiveness’ depends on software and systems which enable things like mass personalisation, positive and proactive communications with customers, rapid establishment and delivery of services that people want.

Disruption isn’t about products. It’s about service
Services? But what about products? Sure, products are important, but in mature markets, it isn’t the product which differentiates. It’s the stuff wrapped around it.

For once in our lives, we’re going to forget about what could be termed the ‘classic disruptors’ about which you’ve heard so much and so often (hands up those who are ready to vomit at yet another LinkedIn aphorism going on about the world’s biggest media, accommodation and transport providers, and their collective absence of assets).

Instead, consider Tesla. Recently, your humble correspondent was strolling the avenues of Sydney’s Hyde Park and noticed, alongside watch brand Omega and in the thick of the boutiques characterising the sophisticated side of town, a Tesla store. A salesperson approached; I said ‘ignore me mate, I’m not in the market, just looking’.

Introducing himself, Charlie said that’s quite all right, I’d like to invite you to check out the cars anyway. Sit in. Open this, close that. Push these buttons, see this screen and yes, those are 22-inch wheels. It goes this fast and does that thing.

Contrast this quite remarkable experience (for someone who immediately said ‘I’m not buying’) to a ye olde automotive world experience not a week prior. In Auckland, actually buying a car from a reputable German car brand, the engagement could not be more different. An indifferent salesperson wanted nothing to do with yet another tyre kicker. Where Tesla’s young, keen and engaged sales dude was all too happy to talk, show, tell and do.

Weeks later, I remember the Tesla experience and tell everyone about it, including the poor folk like Andi Mann who get roped into an interview. While there is a new car in the garage, the customer experience at the olde worlde dealership (an experience which one can and does anticipate) is long forgotten.

Competition is everywhere (but especially on the web)
Tesla makes cars and not, it must be noted, yet to the exacting levels of quality which can be expected from those venerable German and other motor manufacturers. But it is how it sells them that makes all the difference.

“Competition is happening at a much greater pace, and in Australia [and New Zealand] we’re seeing the rise of web based competition in multiple sectors,” said Mann.

Retail is the obvious one, with Amazon set to step up its activities down under. But there’s fintech, too. And regtech. And legaltech. “Take fintech, where startups are plucking the most profitable bits of business out of old financial industry companies. If the traditional ones can’t deliver quickly, they lose ground to these new entrants,” Mann pointed out.

The second area he said where DevOps is providing an advantage is in quality of delivery. “The software product which comes out is better. This is important as you are going to lose business if it isn’t up to scratch. The DevOps way looks at the deliverable, uses automated testing and analytics [hint: this is what Splunk does] to say if this is a good or bad release.”

American broadcaster NBC, he said, does this. “When they do a new release, the dev and ops teams work together, creating a staging environment using production traffic, comparing the new release with the current, assessing response times, resource use, error rates, click and open rates. Using real data, they collaboratively decide if it is a good release or not. It is about velocity and quality, with business goal impacts at the centre.”

DevOps beyond IT…and more ‘digital transformation’
We’ve seen how service management companies like ServiceNow have taken and applied IT-developed disciplines to other areas of business – like security operations, facilities management and human resources. Now, Splunk reckons (or at least the PR person making the pitch made the claim), companies are taking DevOps beyond IT to their entire business.

“This is an important area,” said Mann, “We’re starting to see big researchers [Gartner, IDC, etc] talking about developing BusOps, for example. Here’s the thing; DevOps started in web scale businesses, which are big, sure, but not in terms of a lot of services as per the ITIL definition. So, take Netflix as an example. It has scale, but narrowly-defined operations. Compare with say Westpac, which has 1500 services [owing to the diversity of its business]. For Netflix, getting software out quicker using DevOps is easy – for the big bank or retailer, not so much. They have maybe 8 teams in 7 locations, so if you create a DevOps team, generally what happens is you just move the bottleneck to someone else.”

BusOps, to the rescue, then.

Solving the problem depends on applying the underlying principle/discipline of DevOps elsewhere, said Mann. “Collaborative work, sharing feedback loops, pulling planning and development together, integrating coding to QA, testing and staging into preproduction and into the business itself. Applied more broadly to business, the can doesn’t just get kicked down the road, the whole process is accelerated.”

Easily said, of course, but the usual challenges including change management and negotiating the bureaucracy and multiple fiefdoms which characterise large organisations are likely to be among the challenges of doing.

“While most think of DevOps as automation or agile, it is more about enabling teams to collaborate and focus on the prize. You have to be pragmatic, you can’t be slavish and try to do everything. And that means bridging the old to the new, too –mainframe programmers working on the back end need to be connected to the people building modern mobile experiences, so systems that help collaborate become critical,” said Mann.

We’re all in this together, after all, and those creaky old dinosaurs on the back end are still doing something of value to the organisation. Or they wouldn’t be there. Or as Mann put it, “There is value in the old school. The old grey folks know stuff, they are a source of instructional knowledge and discipline. Ignore that and you’re destined to suffer same mistakes that they’ve been through 20 years ago.”

Finally, what good long yarn about new customer experiences (and how DevOps might be contributing to that) would be complete without a mention of digital transformation? “DT is about using data as the foundation for making the right decisions at the right time,” said Mann – and this, he got the pitch in, is where Splunk shines. “We are growing [thanks to DT] and for us it is around taking traditional manual, in person, paper processes and converting them to computer based systems. It’s the  move from manual checkouts to self-service. It’s mobile payments. It’s leveraging new systems of engagement to do business, rather than meeting people, or trying desperately to get millennials into a bank branch. It’s mobile personal systems, automation.”

All of which sounds great. So long, one imagines, a focus remains on the basics. Just look at Tesla, perhaps one of the world’s top users of technology – none of which mattered nearly as much as Charlie’s interest in and attention to a nobody.