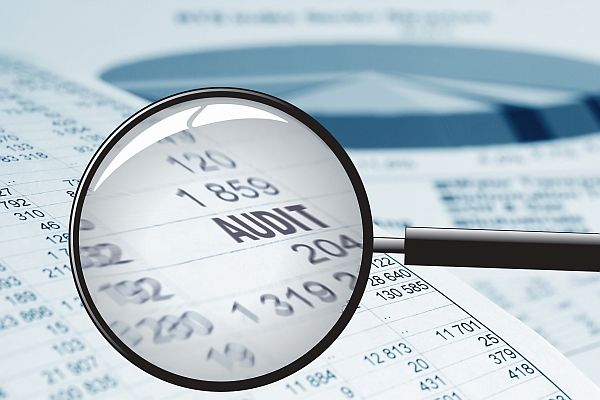 Software is big business, with most corporations spending millions every year on the technology which keeps things humming…

But just like the software itself and the environment in which it operates is complex, so too are licensing regimes – and without the right expertise, your environment may be costing more than it must on the one hand. On the other, it could be non-compliant with the contracts entered with the vendor, leaving your business open to penalties.

“Software compliance is potentially the biggest unbudgeted exposure for many organisations,” said Anna-Rita Stanley-Best, MD of Palisade Compliance, an independent provider of contract, compliance and pricing advisory services across the full Oracle stack. “And that even goes for companies which have a Software Asset Management solution in place.”

Stanley-Best pointed out that in Oracle specifically, there are multiple complex layers in the vendor’s solutions which can easily result in using software outside of the license provisions or accessing features which aren’t licensed for use.

And yet, most companies believe they are doing just fine. “In my experience, probably 99 percent of organisations feel they are OK. That’s because they are using the software in good faith; very seldom are there any organisations looking to intentionally breach their obligations.”

She points to one of Palisade’s recent customers as an example. “This company told us we were brought in to deliver a mere ‘tick in a box’, as they knew everything was in order. The feedback after the engagement was ‘boy, were we wrong’. There’s a lot of grey areas in Oracle licensing and this company’s experience is an unfortunately common scenario.”

Stanley-Best, who heads a team which consists of multiple former Oracle employees (including herself) said it is advisable to have the experts run a ruler over things before an audit is initiated by the vendor. “The sooner you get an assessment from an independent specialist the better. If we’re involved before the audit, there’s more we can do – and you will be in a better position for any negotiations.”

She said a specialist like Palisade understands software contracts as well as the software itself; that’s important, she explained, as it enables Palisade to understand how features and functions in software translate into the contracts. “Something else worth noting is that the language in contracts stays the same, but the features and functionality in software evolves constantly. It is essential to clearly understand where everything is, and be secure in the knowledge that the software and the contracts are aligned.”

What the customers say: Australia
But don’t just take Palisade Compliance’s word for it. One of the company’s Australian clients, who spoke with iStart on condition of anonymity, made no bones about the complexity of Oracle’s licensing regime, nor the value delivered by Palisade. “We’re a pretty big Oracle user, with over 50 databases; and yes, we’ve been hit by Oracle audit letters several times over the years,” he said.

Just what kind of an experience was that? “Truly awful. They aren’t there to help you comply, they are there to extract money. And we suffered badly, to the tune of millions of dollars. Not because we’d done anything wrong, but because the licensing, it seems, is designed to trip you up. The licensing is very hard to understand, it doesn’t make sense. And when you get audited, they will find something, and you will pay.”

Asked if he feels taken advantage of through this process, the user was unequivocal. “Oh absolutely. To this day. We’ve been audited by other big software companies, Microsoft, IBM, those guys come in and work with you to make sure everything’s properly aligned. Not Oracle.”

Getting Palisade Compliance involved some three years ago completely changed the game. “We realised we needed experts. And Palisade has given us the confidence to negotiate; when we get anything from Oracle, we don’t answer until Palisade has looked at it first.”

The question to which everyone is keen to know an answer is ‘has this saved you money’. “Millions. This is what is at stake, and I am not overinflating it. If you are an enterprise Oracle user, you must – you must – have independent experts examine your licensing and contracts. I mean, just on maintenance alone, we went from over a million per year, to $200,000. It’s significant.”

What the customers say: New Zealand
Another client, this one based in New Zealand, prefaced his discussion with iStart by saying “Oracle licensing is a complex and scary area.” While noting that Oracle technology “underpins our core systems. As a business, we can’t work without Oracle at all,” the Kiwi customer stressed the necessity for external and independent assurance and support. “After our first review with Palisade, it emerged we weren’t in a very good position. The expertise provided by Anna-Rita and her team meant we worked ourselves into compliance for a couple of hundred thousand.”

What could it have been, had Oracle’s audit descended? “It could have been in the millions.” And the customer added that the cost of Palisade’s intervention is less than a tenth of what the organisation would otherwise be paying the vendor. “The really good thing is that we don’t buy or do anything with Oracle without first consulting Palisade or taking them along with us. And the people at Oracle appreciate that Palisade knows what it’s doing. The relationship with Oracle has definitely changed: it feels that we are on a more even footing now.”

Most importantly, the customer added that he can sleep soundly at night, knowing his organisation is safe – and that his own professional integrity is unimpeachable.

Asked if this rather fascinating situation meant a fraught relationship with Oracle, the customer said that wasn’t the case. “It’s just a professional, commercial relationship. That’s it.”

From her perspective, when asked which sorts of businesses should seek software compliance assurance, Stanley-Best said the short answer is any which uses Oracle software. “The analogy is that if you are not across your taxes, it’s probably not a good idea to walk into your local tax office and let them sort it out. You’ll do better to first visit an accountant who will optimise it for you and work towards the best possible outcome for you.”