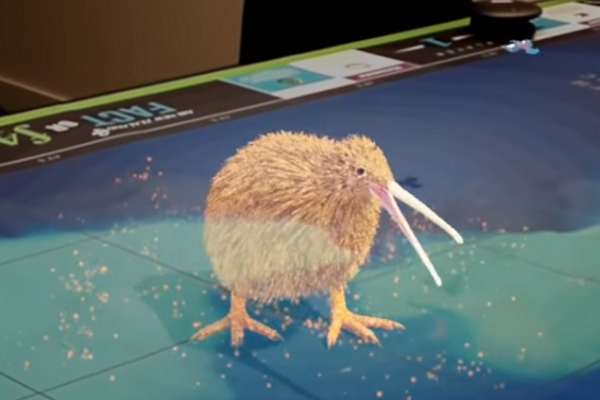 Air New Zealand is no stranger to promoting New Zealand. Their quirky in-flight safety videos gained international recognition, and now they’re dabbling with augmented reality as another way of selling the country to the world using an interactive augmented reality board game, “Fact or Fantasy Game of New Zealand”.

The game uses the Magic Leap platform and requires players to wear headsets to interact with a 3D map of New Zealand. Interactivity is part and parcel of the game and players get to interact with a hobbit with an attitude problem, get splashed by a whale and check out a cheeky kiwi.

“If you can immerse people in a destination before they leave, they’ll remember a lot more than if they just watched something.” 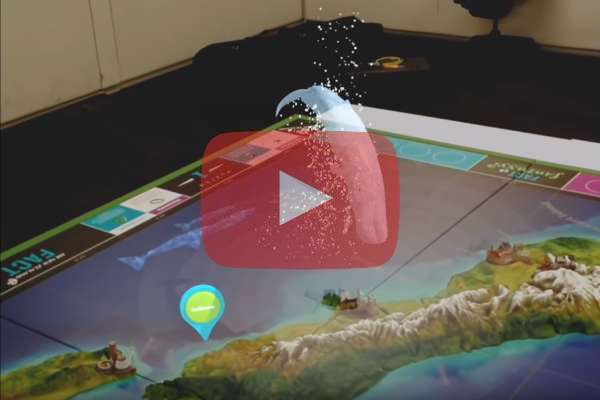 The game went on display at Florida-based Magic Leap’s first developer conference – coined ‘LEAP’ – in Los Angeles last week, where Weta Workshop also featured in the flagship gaming demo during the conference keynote . Unlike virtual reality, which immerses users into a virtual environment, augmented reality superimposes digital objects into the real-world settings. These virtual objects can interact with real objects and their perspective changes as the player moves.

In what seems to be an increasing trend (the genetically modified Impossible Burger a case in point), the airline has shunned local interests in favour of a multi-national effort. Air NZ worked with Magic Leap in the US as well as UK-based FrameStore (whose track record includes creating Paddington Bear and numerous other CGI movie characters) to craft the game.

How effective the partnership is as a vehicle for promoting tourism remains to be seen. The augmentation, which requires players to don a Magic Leap headset, is atop a table sporting a 3D model of New Zealand, so use will likely be limited to the full kit being flown in for tourism industry events. Still, it makes for good PR spin.

This isn’t the first time Air New Zealand has dabbled with augmented reality. In May last year, they teamed up with Dimension Data to develop an application for Microsoft’s augmented reality platform, HoloLens.

The app was designed to help cabin crew by displaying customer information as they went about their in-flight duties. The app saw data such as preferred meal and drinks choices, Air Points and status points data overlaid on their view of the customer. Air New Zealand says this allows for more personalised interaction with passengers. Dimension Data stated that future updates could also enable the app to detect the emotional state of passengers using both visual and auditory cues.

As innovative as this sounds, it has not been used in-flight. While such innovations make for good public relations and positioning Air New Zealand as an innovator, the reality is that passengers would most likely be spooked by crew members wearing HoloLens helmets (which retail for NZ$4,560), and feel their privacy was potentially violated.

So, is the use case for in-flight augmented or virtual reality dead? Probably not. While stuck in a cramped economy seat during a long-haul flight to London last year, a VR headset proved to be an invaluable lifesaver for me. When paired with a pair of noise cancelling headphones, I traded my cramped seat for a luxuriously large (and empty) virtual cinema to watch a bunch of movies saved onto my phone.

Not only did this help make flying long-haul economy (which regardless of which airline you choose, is never great) bearable, it gave me a feeling of space that was sorely lacking on the economy cabin.

Rupert Deans, CEO of the augmented reality technology company, Plattar, says virtual and augmented reality have a big future. “While it’s been mainly used for marketing and brand building at the moment, I’m a big believer in the future of AR for air travel,” he says.

Deans says the introduction of in-flight Wi-Fi could also prove compelling. “With it enabled you could enhance the journey using a platform like ours to push real-time content to the customer, this could include things like news.”

Perhaps most compelling of all says Dean is the ability of augmented reality to solve that age-old traveller’s conundrum – other people’s kids on the plane. “Augmented reality is the perfect experience for anyone travelling with children as it can keep them entertained and distracted in a fun and engaging way.”

That said, he believes Air New Zealand’s use of augmented reality marketing is just the beginning “At the moment, you can do your planning using augmented reality, but there’s a huge opportunity for disrupting the sector with the entire experience from choosing food through to finding the right gate and sharing your travel experiences.”

So, does augmented reality have a future as a marking tool? Deans thinks Air New Zealand might be onto something. “It is an amazing tool for tourism, if you can immerse people in a destination before they leave, they’ll remember a lot more than if they just watched something”.