Airways takes off into the cloud 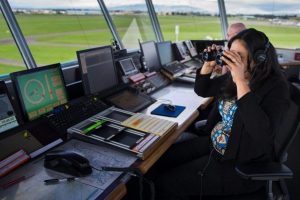 As it looked to modernise operations, a business which works in the regulation-heavy aviation industry looked for a trusted partner to help navigate the path as its cloud-first approach continued to take off. And, with its choice of Intergen to provide the necessary expertise, applications and services, Airways has seen incremental advantages from shifting more elements of its business systems into the cloud in a carefully managed process.

Airways provides air traffic control and infrastructure to keep New Zealand’s skies safe. Responsible for controlling all air movements across 30 million square kilometres of airspace in New Zealand and over the Pacific, the company handles over 1 million air traffic movements a year. With safety as its top priority, Airways is also an innovative business making a real difference on the global stage. It partners with airlines, airports, governments, and other air navigation service providers developing future ready innovative procedures and technology to reduce the environmental footprint of the aviation industry.

Situation
Like many other organisations which have been in operation over the course of several decades, Airways had tried and trusted business systems in place. But changes in the way necessary IT services can be delivered were increasingly coming to the company’s attention.

Sean Kennedy, Manager Enterprise Business Systems at Airways, says among the key attractions in considering a move to the cloud for its Microsoft productivity and collaboration solutions was improved cost structures where application licensing was concerned, as well as resilience and business continuity aspects. “Before the move, we had services spread across three data centres with Microsoft Exchange servers in each of them; we were also serving up Microsoft Office from these locations.”

The structure of its workforce makes software assurance somewhat challenging, adds Kennedy. “We’ve got an interesting workforce of around 800 users, but of those, perhaps 300 log in every day while a further 500 are shift workers who may or may not log in every day.”

As a result, keeping track of licensing agreements across these centres, and managing costs across employees, was proving onerous. Moreover, says Kennedy, the Christchurch, Seddon and, more recently, Kaikoura earthquakes had reinforced the importance of business continuity and disaster recovery. “Those quakes highlighted the potential disadvantages of our Christchurch and Wellington data centres, so we were looking for more certainty for the future. And if we could do that while also benefiting from software assurance, so much the better.”

Solution
As an organisation which has safety as an absolute priority, and which depends on its business systems to execute operations effectively daily, Kennedy says it sought a partner which ‘had been on the journey before’. “We have worked with Microsoft before, so there was a well-trodden track there, but we tested the market for a partner to assist in the migration of our applications to the cloud. Intergen were the winners on that day.”

Kennedy says the implementation process has several aspects, key among which were the establishment of secure cloud identity management and the implementation of Microsoft Office 365 itself. “That aspect is quite straightforward, with just a little training required as Word is still Word and Excel is still Excel apart from gaining a few additional features,” he notes. “The big one, however, was moving Exchange to the cloud and introducing Mobile Device Management. We saw a need to introduce that to improve security and further delineate between personal and work data on personal devices.”

Migrating Exchange, continues Kennedy, was the most challenging aspect, as Airways was some versions behind, which required a ‘stepped’ approach to bring its systems up to date before migrating into the cloud one. “That required a lot of scripting and this is where Intergen’s experience really proved invaluable, along with advice and guidance for the process.”

Like all enterprise projects, Kennedy acknowledges that ‘it didn’t always go smoothly’; again, he stresses the value of a proven partner. “Intergen were always quick to sort out challenges and crack on again. Problems are to be expected, but getting it right is what counts.”

The process of moving productivity and collaboration applications into the cloud, he notes, was completed over a period of several months.

Results
The most obvious benefit of the shift into the cloud are simply that Airways now has an optimised environment, where licensing costs are accurately matched to business requirements. A perhaps less obvious, but important benefit is that the successful move of common, but mission-critical, business services is reinforcing the value and benefit of a ‘cloud first’ approach. Confidence is building, in other words; meanwhile, hard-hitting upgrades, which would cause interruptions and angst, are a thing of the past.

“With the cloud, the reliability is up there. Availability from anywhere is another key factor which our people appreciate; where previously we had Outlook web access and a VPN, it was reliant on the internal network. Now it works all the time and as a company which has people all around the world, being able to connect straight into the data centre in Australia is great,” says Kennedy.

He adds that, using ExpressRoute, the performance of those connections is as good as access over a Local Area Network. “It isn’t impacted by distance.”

Expenditure on IT services, he continues, has improved not only on the bottom line, but in terms of visibility of costs against licensing. “That means we can budget better, know what the costs are and what we’re getting for the money.”

The biggest eye-opener, however, is the advantage of improved reliability and resilience. “This project has shown that, for example in the wake of the Kaikoura quake, our people can simply log in from home if they have a connection, and do their work. It’s shown that the more we put in the cloud, the better it will be.”

He says the success of moving Microsoft productivity and collaboration to the cloud has provided impetus to move other applications where possible, in line with Airways’ intention to do so. “This is the first steps into the cloud. There are next steps to come, such as potentially the financial systems; that said, there will always be some on premise systems such as our operational ones. But for now, the cloud has proven that for some systems, it delivers the promised benefits.”