Home Page > Feature Articles > BPM and the process of processification

BPM and the process of processification 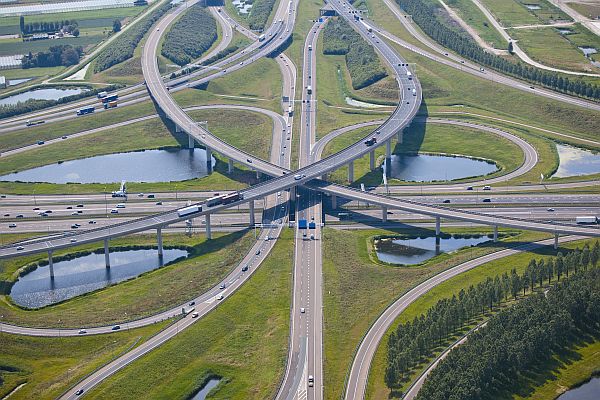 For decades in business software, processes have played second fiddle to the demands of the company accountant. Now a process-centric revolution is taking place. Donovan Jackson explains…

For many companies, there comes a moment when what they do is no longer as important as how they do it. Such is the case for McDonald’s, which, thanks to its highly refined processes, is able to deliver a Big Mac to a consistent standard regardless of whether it is ordered in New York, New Zealand or Newcastle.

When the ‘how’ supersedes the ‘what’ in your company, the moment has come to look into a formal approach to business process management or BPM.

“BPM is the science of getting smarter at how you do things. It’s a constantly challenging attitude of ‘can we do this better?’,” explains Ivan Seselj, director of BPM vendor Promapp.

It’s also an opportunity to stand out from the crowd, according to Russell Gordon director of the business process practice at UXC Eclipse. “We’re all operating in very competitive environments, offering goods and services that really tend to be the same,” he says. “The point of differentiation lies in how we deliver those goods and services.”

A scarce commodity
Unfortunately, however, outside of major corporations, BPM as a discipline is generally poorly understood and applied loosely, if at all. Indeed, Seselj says whether in big companies or small, process knowledge is often badly managed. “There might be good programmes and methodologies in place to get smart at business, but process knowledge tends to be kept in a format that no one looks at,” he says.

And when employees aren’t aware of the components of the wider process within which they are working, things can and do go wrong, says Gordon. The apocryphal story of the road workers who worked their way down a street digging and then refilling holes is a prime example. When questioned on the futility of their task, the workers said the chap who usually puts the tree in the hole has the day off.

“It is only when there is a deeper level of education on the ‘why’ of the process, rather than simply the ‘what’, that you can start working towards adoption of best practice,” Gordon explains.

Out of the manual, into the business Process knowledge is fundamental to how any business gets anything done – yet it tends to languish in handbooks, manuals and squiggly flow charts, says Seselj. “That just hasn’t worked. About the only time a process manual is viewed by anyone is when it is written. From there, it tends to sit on the shelf.”

Gordon adds that most companies have already invested in BPM, but just haven’t yet realised it. “It might be contained in some sort of document or even be in people’s heads. If it isn’t written down, that’s a major risk; if you have a company of five people and only one of them knows exactly how to run the operations, that could be so detrimental as to put you out of business,” he observes.

Yet, despite clear consensus of its value, process knowledge lacks prioritisation because it’s hard work. “In our part of the world, process management just isn’t something most companies are naturally strong at. It is the discipline which comes after the great idea,” Seselj says.

The broad spectrum of BPM Software
There are hundreds of vendors offering BPM solutions and they range from the world’s most recognised names to obscure vendors providing point solutions to very specific vertical industries. At the same time, the extent of what each vendor can do varies wildly, from relatively straightforward solutions for process mapping, like Microsoft’s Visio, through to highly complex orchestration solutions like Appian’s BPM suite. Even the ‘go to’ for market insight, Gartner Inc, and its Magic Quadrant for BPM Software 2014 throws up a number of vendors which you may never before have come across. The likes of Kofax, Whitestein Technologies, PNM Soft and Vitrian share space on the Quadrant with Tibco, IBM, Oracle, OpenText and Software AG.

Choosing the right BPM software for your business is acknowledged as a daunting task by the BPM Institute. It says there are two broad categories: integration-centric and human-centric.

The former drives automation between systems. The latter is, as are all things where people are involved, more complex and often also requires integration with ERP or CRM systems.

Market commentator Scott Cleveland says selecting BPM software depends on a few basics: Identify the problem, quantify its cost, know what the ideal solution looks like and explore if it can be solved without software. And, perhaps most importantly, don’t look for perfection as you’re not likely to find it.

“Choosing the right BPM software for your business is acknowledged as a daunting task by the BPM Institute. It says there are two broad categories: integration-centric and human-centric.”

Risky business
When organisations start to formalise their business processes, it isn’t all rainbows and cotton candy; it can lead to serious issues if not handled properly. “The trouble is that even the people who are working within the process itself aren’t aware of the bigger picture,” says Gordon; think back to our road workers. “There are often a lot of ‘hidden’ components which add complexity, such as business rules, regulations, risks, controls, technology and other factors. It’s about a lot more than just the procedure – and the key is understanding all the layers that feed into a process before you can start managing or optimising it.” While most of us think of business processes as linear, a great many aren’t. Instead, they tend to consist of groups of tasks with various dependencies which may or may not follow one after the other.

That gives rise to what Jonathan Marcer, XMPro practice manager at Professional Advantage, calls the ‘hybrid’ approach to BPM – one which provides a framework, but allows for people within the process to execute different parts of their tasks in a non-linear fashion. “Reaching objectives sometimes depends on sequential actions, but just as often, there are parts of those actions which don’t have to be done in any particular order. You don’t want to hold up a process unnecessarily by insisting that A has to be done before B, when part of B can be done at any time,” he says. “Tasks often go in all sorts of directions.”

Marcer’s colleague and XMPro practice leader Neil Richardson adds: “Process flexibility is a key part of adoption in the innovative and competitive space, because people aren’t locked into a nonsensical path. They can redirect the process in the moment to reflect a change in circumstances. If technology doesn’t allow people in complex processes to flexibly achieve the best outcome within the governance framework then you force them ‘off the page’ into email and phone calls and you lose visibility and ‘auditability’.”

Processes and ERP
Arguably the ultimate process solution, enterprise resource planning (ERP) software is notoriously risky to deploy and can lead to more problems than solutions, even after a successful implementation. That’s at least partially because people working within a process commonly have little understanding of how the function they perform impacts on what people up or down the value chain are doing.

Mapping processes prior to such implementations is a simple necessity. “If you don’t, what you have is a recipe for disaster which results in an unhappy customer, an unhappy implementation partner and an unhappy vendor,” says Gordon. “If you go into these projects without defining unique processes and requirements, failure is a given. And it happens a lot.”

But Richardson says the essential step of process mapping tends to have a major weak point: “It tends to focus on what I like to call ‘happy days’,” he explains. “On happy days, everything goes as expected. However, and this is the real challenge for most business process mapping exercises, what happens when there is an exception? That usually results is a process map which runs to 500 pages, dealing with process flows for even those one-in-a-million moments which nevertheless have to be provided for.”

Collaborative process management
He’s already hinted at it, but Gordon says a voice should be given to employees who perform tasks within processes, as their ingenuity (and hands on experience) means they figure out how to do things better every day. “That may mean they uncover ingrained business rules which are no longer relevant; of course, at the same time, they may find something that appears to be a better way of doing things if they are unaware of regulations or other factors – but discussing it allows such nuances to come to light,” he explains.

Seselj concurs, saying process management isn’t the preserve of a consultant in an ivory tower. “It should be everyone’s business. Process management should be something that process owners themselves can be responsible for, so it needs to be simple to engage with. If you’re trying to push tools that are more technical than say TradeMe or Facebook, it is a failure.”

He believes the key is to make process knowledge appealing, in much the same way that social media holds enduring allure. “Process knowledge should be available when and where you need it. It should also be simple and useful – and overcome the fact that we are inherently lazy and don’t go out of our way to use the manual.” Richardson alludes to the same thing, saying the consumerisation of technology and increasing ‘socialisation’ of business applications makes for better information sharing. “By enabling collaboration and knowledge sharing, process performance can be improved,” he notes. “Achieving that within governance frameworks and business rules means improvements in personal productivity, flexibility in processes, and the ability to better meet objectives.”

“BPM was about turning paper processes into electronic forms to drive down costs and improve throughputs. However, more mature companies are focusing on the competitive side. They are looking at how they can change operations in the field, using technology to transform the business while achieving more predictable outcomes and better operational results.”
Jonathan Marcer, Professional Advantage

From efficiency to innovation
At the sharp end of things Marcer says BPM has also evolved from an efficiency play to an innovation discussion. “It was once dominated by the language of people pushing paper around; in other words, BPM was about turning paper processes into electronic forms to drive down costs and improve throughputs. However, more mature companies are focusing on the competitive side. They are looking at how they can change operations in the field, using technology to transform the business while achieving more predictable outcomes and better operational results.”

Achieving that, says Marcer, depends on knowledge management. “In practice, it means delivering information to the point in the process where it is required. It’s a post-administrative issue, where forms and the like are dealt to. Now, BPM augments the skills, knowledge and experience of the person who is making a decision based on circumstances as experienced in the field at that point in time. By sharing what was done before and what was or was not successful, it allows for changes in the way the process works for just that one circumstance.”

Simply put, it means flexibility in a process framework which allows people to handle the exceptions raised by Richardson, without a 500 page process map. On the ground, it means the road workers put a tree in the hole before filling it.