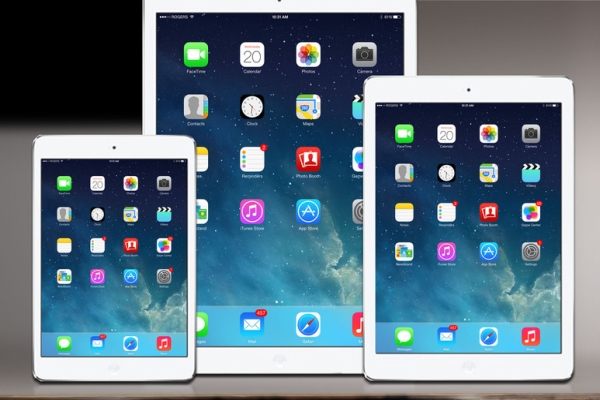 Whenever an Apple release is imminent, the market is in thrall that it is likely to release something ground-breaking – despite a record that shows Apple does this only once every few years, rather than every few months.

It’s always a juggling act for a company to keep its existing users happy while entertaining the new-tech lust of journalists, commentators, the markets and, most importantly, those who might ‘switch’, whether that be to a tablet, smartphone or computer.

The latest announcements promise a lot to existing fans and users rather than the whizz-bang features that might attract new ones. And criticism for this is expected, but also wearying. It doesn’t improve through repetition.

The new iPhones are designated ‘6s’ – again, Apple almost always does this. It learns from and improves on an existing device before the next, potentially bigger step-up to a full model-number change (ie, to iPhone 7).

On iOS 9 and El Capitan
Apple has also made clear that iOS 9 and OS 10.11, which I have been trialling for some time, will soon be available for public consumption. While offering fairly long lists of new features, in use they don’t feel that much different to existing versions. They won’t offer neo-shock to updaters (the updates are free from 16th September), but they will work better, faster and more intelligently.

In the lore of long-term Mac users, Snow Leopard stands out as the favourite, refined, bug-fix version of the Mac Operating System 10 ever. Snow Leopard was stable, lean in data consumption and a pleasure to use.

That’s what can be expected of OS 10.11 ‘El Capitan’. Even the name is an indicator – it’s a feature within Yosemite National Park rather than a separate Californian scenic spot (Yosemite is the code name of the current system).

Should you have a fast newish Mac, you’ll notice a considerable improvement running 10.11 on your machine – to some, particularly those with grunty video cards, you’ll feel like you had a hardware upgrade.

For the rest of us, Apple has concentrated on ‘improvements under the hood’ that promise to make Macs feel snappier and work more efficiently across all kinds of everyday tasks.

It’s not ALL good
But for me, some of the other features that garner attention, like ‘Split View’, seem useless and join the not-used list of ‘big’ new-system features like the older Mission Control and Spaces. I know some have liked those and used them well, but most ‘use’ I’ve seen is from people launching them inadvertently and getting frustrated, wondering what they actually do and how they’re helpful.

I have to wonder if Apple polls daily users to see what they do and don’t appreciate in a system. I suspect not, or at least, not widely. But I’m far from the target audience for Split View as I commonly have two screens running different views simultaneously. I suspect I’m like a lot of people: I’ll try all the new features and end up using 10% of them, if that.

The little things that count
But there’s one thing I do love – shake your mouse, or your finger on the trackpad, and the cursor grows to indicate where it is, then shrinks back to normal. Minor, easy – but definitely usable, especially on a two-monitor setup or a 27-inch iMac. Spotlight, the OS X search function, goes off the machine to search online as well, and also supports natural language searches, for example ‘Emails from John in June’. There’s more – plenty of small, handy things you will actually use.

And the big ones
However, in last week’s announcement Apple seemed to set greater store by the iPad Pro and Apple TV. Apple TV is easy to appreciate, particularly for heavy users stymied by the laborious interface and simple remote. The new one will address both these criticisms while adding more power. Hurrah!

iPad Pro is another thing. A clear attempt to bridge the shrinking gap between low-cost laptops and even more portable tablets while tablet sales having already begun to decline, the conundrum faced by all tech companies is the same: smartphones. It seems for most tasks, most people just need a smartphone.

In a way, Apple’s Watch just increases the utility of a smartphone (without an iPhone, it’s useless). Meanwhile, Apple’s profits are largely iPhone-generated – hence the 6s, capitalising on the success of the 6.

Will iPad Pro work? It’s a hybrid of a laptop and a slate once you add Apple’s Pencil and Keyboard – and the cost then pretty much adds up to a laptop anyway.

I don’t think it will work – but Apple has the resources to take a punt. What it comes down to is a single basic difference – better apps on a MacBook and, on the Pro and Air models anyway, usable ports.

Meanwhile, for those craving Apple innovation, I only have one thing to offer: 2016.