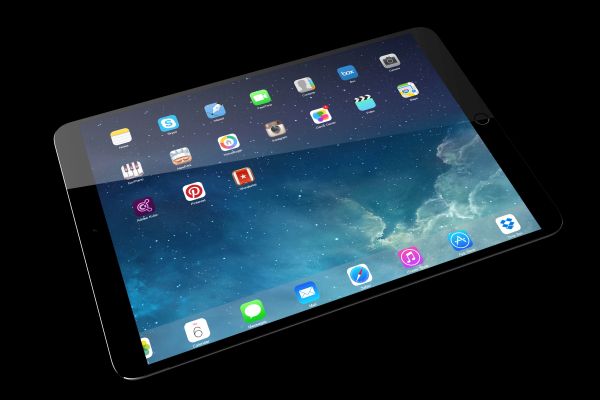 On a tour to promote the launch of Apple’s bigger iPad, the iPad Pro, Apple Chief Executive Tim Cook said the new 12.9-inch tablet, along with an iPhone paired with an Apple Watch, are the only products he travels with. He no longer totes a laptop.

Well, that’s possible – after all, he’s the CEO of a huge, very rich company. Cook doesn’t have to do any real work; he just looks at stuff other people whip up. I guess Cook reads the news and types the occasional email too – although I have met CEOs and managers who can’t (or won’t) even manage email for themselves. And if you have a team supplying you with all the content you could wish for, you don’t need to do any ‘computer work’ to keep up with your business. Meanwhile, I’ll wager Cook’s minions aren’t mining data for Apple’s CEO on iPads.

For an iPad is a glorified ‘viewer’. I use our mini to view newspaper articles, websites, maps, record voice memos, play music, watch YouTube – and thanks to the ‘glorified’ bit, I can also write on it, but only if I really have to. I can take notes and type emails and, ahem, I can keep trying to resist Fallout Shelter and other games.

Improving the interface
Typing on a glass screen for any length of time is no fun. Of course the iPad Pro can be paired with Apple’s new Smart Keyboard. Using Split View (a feature added in iOS 9) and multitasking, it has to be better than working on a little mini screen, sure. Add a pen, or should I say a Pencil. This allows natural-feeling sketching and drawing since, by comparison to other iPads, the Pro’s screen has a surface that invites direct freehand stylus interaction. Apple’s stylus has been designed to replicate the tactile experience of using a pen or pencil naturally and accurately, with paintbrush, airbrush, felt tip and fountain pen emulations depending on which app you use. Apparently, this is a delicate device in white plastic, with a removable rubber sensor-filled tip for detecting the pressure you’re applying to the screen to vary the weight of the line.

Not a computer
On the computing front, though, an iPad’s an iPad. It can’t process at anything like the rate a computer can. It has the new A9X, Apple’s third‑generation mobile device chip with 64‑bit desktop‑class architecture, which delivers up to 1.8 times the CPU performance and double the graphics performance of an iPad Air 2. Be that as it may, that’s still well short of a MacBook Pro class CPU, even if iPad Pro does outperform 80 percent of low-end PC CPUs, as Apple claims.

It’s impressive – for an iPad; but once you add in the keyboard and pencil, it costs as much as a laptop anyway.

But does any of this signify the ‘end of the PC era’? Steve Jobs had already claimed this before his death, and Cook has just repeated the phrase with the iPad Pro as David to the PC Goliath. It’s clear the PC market (except for Macs) has been in decline, but an interesting figure is that the 50 million or some lesser PCs sold over the past few years tallies nicely with the figure of iPads sold over the same period. If this is really a correlation, it’s not Macs that are killing PCs.