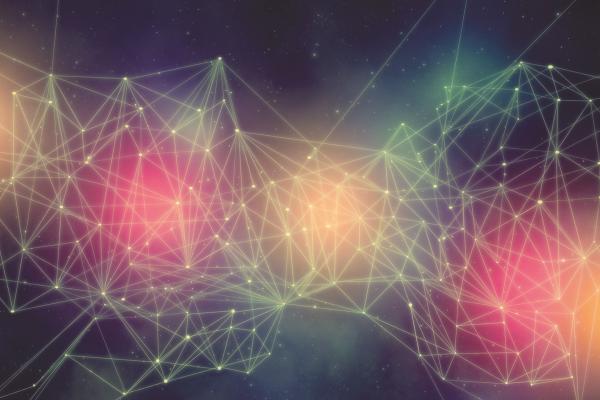 Given the current social, economic and political developments it becomes clear that we seem to have reached a ceiling in our intellectual ability to address the complex issues that society is facing. Society lacks the intellectual capacity required to assess the holistic nature of the current challenges. Without that analytic capacity it will be impossible to come up with the right answers. We have arrived at times like this before in our history and they typically led to collapses of civilisations and the arrival of serious declines in living standards. If we are to avoid similar calamities, we need to break through that ceiling and find new tools to help us create a smarter society.

Here I’d like to explore whether the next stage of human evolution is going to depend on merging humans and machines, something that is becoming increasingly possible through artificial intelligence (AI). Some of the predictions and scenarios discussed might not be exactly right, as we are pushing the boundaries of our current level of knowledge; some issues could attract strong responses from those with different views, and most likely some of the predictions will lead to totally different outcomes. But what really matters is the discussion itself.

Even as recently as 2009, when almost the entire world united in Copenhagen for the Climate Conference, there was a sense of optimism concerning a possible breaking through of one of the ceilings. Public sentiment supported the proposed global policies aimed at curbing the unsustainable developments that are, at the very least, contributing to the problem of climate change.

Great disillusionment followed when our political leaders failed to produce tangible outcomes; and global sentiment deteriorated further when those same leaders failed to properly address the GFC. The European economic crisis has added to a lack of public confidence in the ability of our political and business structures to properly address the key issues that are now confronting people all over the world. From China to the Arab States and from Greece to Spain there is social unrest. At the same time the Obama ‘Yes, we can’ campaign and the support he received for that shows that many people are ready for major change. Unfortunately this campaign petered out, again because of a disappointment in political leadership.

This all indicates that the social, economic and political structures that we have built up during the industrial era have come to the end of their usefulness. Those processes take too long and often result in the wrong outcomes.

All of this goes directly to the core issues of our society, such as the limitations of national policies, democracy and capitalism. Our siloed structures do not allow us to develop the knowledge and the tools needed to cross that next frontier, where we will advance far enough to address the complex issues being faced.

We need to move from the industrial civilisation to the knowledge civilisation, hopefully without first regressing into another period of ‘Dark Ages’.

We have to rapidly increase our intellectual capacity to avert more serious disaster – indeed possibly the collapse of our present civilisation.

From the perspective of the ICT industry, I suggest we should look at technologies that can assist us to increase and extend our intellectual capabilities, to find better structural solutions for these issues. As is already happening with individuals and grassroots community groups, the internet enables the formation of local, national and global relationships that facilitate the building of parallel structures next to the more traditional ones. At the same time, through the new internet companies and research and education networks, new forms of global communication, information and, most importantly, collaboration are happening.

We need to foster these developments and make them mainstream in order to come up with better solutions on how to move to the next level of our human existence. This will require the creation of a holistic ecosystem where all of these developments come together in a trans-sector way. It requires an open flow of communication between all people, linked to open source technologies, distributed AI, and large capacity data processing linked to real-time analytics. This should give us the intellectual power to handle the change. It is a completely different approach to the siloed, proprietary- and ideologically-based, monopolistic structures which depend on secrecy, deception and propaganda for their survival.

The more these new technology-based infrastructures are developed, the more people will use them, and as a result societal change will take place. These ‘people-technology’ developments will force politicians and business leaders to embrace change also and to implement structural changes that will operate on a trans-sector basis; and to develop policies that facilitate and stimulate these changes in society. This is something that is already happening in the business world, where internet-based developments are forcing whole industry sectors to change (retail, publishing, entertainment, music). National broadband networks such as those in Australia and New Zealand also have the potential to perform such a transformational function, as does the UN Broadband Commission for Digital Development, to whom I am a special adviser.

Advances in technological innovations – greatly supported by open communication structures – have the potential to increase our intellectual capacity to more successfully address the complex problems we are facing. Some of the most important technological innovations that are currently taking place are in relation to different interlinking (open) systems in our society, largescale data processing and real-time analytics; AI is reaching maturity and is now entering mainstream markets. So the end of the industrial era will coincide with the arrival of new technologies that can assist us in making the structural changes needed in order to address the complex challenges of our times.

To what extent this fusion of people and technology will be successful in enabling our civilisation to move to another level, and where this eventually will lead us is an absolute unknown; nevertheless it is fascinating to think about it – and it is most likely the only way to deal with the complex issues of the emerging knowledge civilisation.

Paul Budde is the CEO of BuddeComm, an independent research and consultancy company, focusing on the telecommunications market. Its research encompasses 190 countries, 500 companies and 200 discrete technologies and applications. Paul is also the special advisor to the UN Broadband Commission for Digital Development.