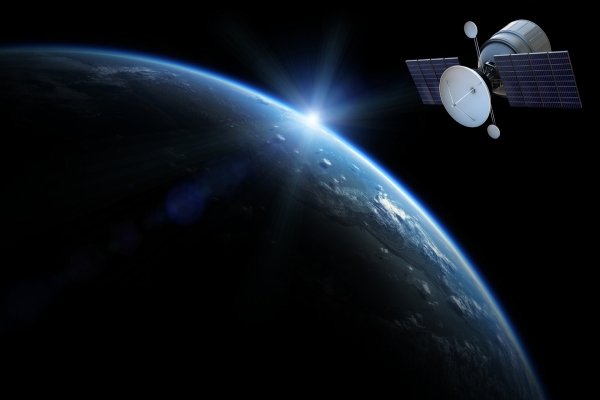 The telecommunications market continues its transformation into the industry underpinning the digital, sharing and interconnected economy, mainly driven by ongoing innovations and technological developments. More often than not, the industry itself is struggling to keep up with these changes.

Convergence, talked about for more than 20 years, is now happening, but driven by disruption rather than well-considered strategies and marketing campaigns.

The internet companies have been able to embed many traditional telecoms services into their offerings, often at little or no cost to their customers. Telecommunications is a way for them to offer a range of other internet services and it is from these that they make their money.

As a consequence, the underlying infrastructure is increasingly becoming a national utility and it will soon be treated as such from a regulatory perspective.

The New Zealand government has already foreshadowed such changes for its regulatory regime.

This, of course, is putting enormous pressure on the traditional industry. Overall the growth in this segment of the telco industry is stagnating, and often the only way to maintain profitability is through cost-cutting.

On the positive side, innovations and technological developments allow these companies to be more cost-competitive. While there is still a very large cost gap between the internet companies and the traditional telcos, the telcos are certainly getting better at becoming more efficient and effective.

Another outcome of these pressures is the ongoing consolidation of the industry, a process that will continue in 2017.

Although their revenue might not be growing much, usage of their services is, and this allows them to maintain their pricing by offering more services for the same money. Here again, significant improvements in software and network efficiencies allow them to do so.

Fixed telecoms imperilled
The fixed telecoms market in Australia is facing serious problems, evidenced by the many network outages faced by Telstra. That failures keep recurring is a clear indication that the problem is complex. Our analysis of the situation is that since the announcement of the NBN in 2009, Telstra has (understandingly) been under-investing in its landline infrastructure, as the plan was for NBN Co to take over its infrastructure and replace it with FttH. Subsequent changes in the plan, along with ongoing delays, have meant that the massive increase in traffic has still had to go over the old Telstra network – which has not been upgraded to a point where it can cope with such high increases in traffic.

In 2005, Australia occupied an already questionably low 25th position on the international country ladder in relation to broadband quality, and, depending on how one measures quality, it has now dropped to somewhere between the 50th and 60th position of this list.

It is not too difficult to conclude that the infrastructure and the services being delivered over it are failing to handle increased user demand. This is why there are ongoing network outages, most likely linked to congestions and network capacity issues at certain parts of the network.

Over the last five years many ADSL services have gone backward in quality as this old technology cannot cope with user demand.

This is also a bad omen for the FttN network that has, in the meantime, replaced the FttH plan. This second-rate network, still based to a large extent on the old copper-based network, has its own capacity problems, which will become more evident over the next five years, by which time we will again have to start looking at an upgrade – this time to a full-blown FttH network.

A worrying factor is that the NBN is a monopoly and it is unclear how it will financially manage a move from FttN to FttH. It will also most likely require a massive write-off of its (by that time) $60 billion investment. A much better solution would be to stop rolling out FttN and start looking at Fttdp (fibre to the front doors of the premises).

The mobile market
Mobile keeps moving ahead and here the story for Australia is significantly better. The country is right at the top of the international ladder in relation to the quality and the coverage of its mobile (broadband) network. Prices are above the international average, but so are the services. While mobile and fixed will always exist in parallel, there is no doubt that with a faltering fixed network and an excellent mobile network, mobile will give fixed a run for its money.

However, the reality for the success of mobile broadband is that the network will rely more and more on fibre. In the end most mobile stations will have to be connected to a fibre optic network in order to cope with the volume of traffic. 5G will create an even denser mobile tower infrastructure than that already in place, with mobile stations starting to appear on many city building and many street corners (connected to often private city fibre networks). In the end, the mobile network will be a fibre network with a fairly short wireless access signal to the end-users.

Mobile technologies are not hampered by telecom monopolies and here, technology is moving ahead quickly. For example, massive-MIMO technology is evolving rapidly and is ideally suited for the 24, 60, 70 and 80 GHz spectrum bands that will become available for commercial services over coming years; such technologies are well-suited for very high broadband services in densely populated areas.

Because of the confusing fixed line situation in Australia, it could well be that in many parts of its cities, true fast broadband will be delivered over deep fibre with these new last-mile wireless technologies.

As a result, we see previously separate industry sectors merging. Data centre companies are building fibre infrastructure; cloud computing operators merging with data centres; and indeed several companies including all of these services within their offerings.

This is also where Internet of Things and Machine to Machine communications are important – linking sensor, devices and other elements to the telecoms network. These developments are opening up the way to smart cities and communities, smart grids, smart farms, smart factories, smart homes and buildings.

Data analytics is key to the successful outcome of these new developments. This is needed to operate our increasingly complex society and economy more efficiently and effectively and it is critical in the delivery of the services that are creating better lifestyle opportunities for all.

These developments also pose their own risks. As societies and economies become more dependent on them, it makes us more vulnerable, especially if the underlying ICT infrastructure is not sufficiently robust. Issues such as cybercrime and cyberwar are also becoming more worrying, and, in a society moving increasingly towards populist politics, misuse of data for reasons linked to racism, hatred, violence are becoming real. That’s especially so as those who are promoting it have access to telecoms and the internet equal to that enjoyed by those whose aim it is to use these technologies for the betterment of society.

There is a responsibility for the industry to take these issues into account.