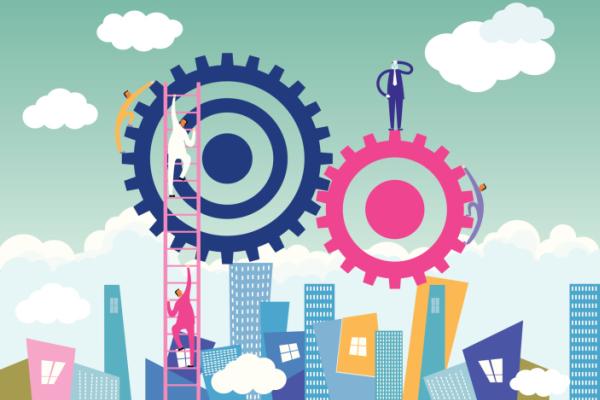 Smart cities are not a thing of the far distant future. Many city councils and agencies throughout the world are embracing the use of technology and innovation to leverage data in ways that enhance the lives of citizens and a global estimate by Cisco shows that the value of having an IoT infrastructure (smart countries/cities) is worth some $5 trillion dollars to the public sector. Modelling from these numbers BuddeComm made a rough estimate for Australia as follows:

The public sector value gain above is based on increased efficiency and productivity, as well as reduced costs through the deployment of new technologies. The actual numbers are perhaps less important than the sheer size of these gains. In order for our societies to maintain their standard of living, and in order to lift that standard for those who haven’t reached it yet, it is critical that we take significant chunks of costs out of the public sector structures that we have built over the last 50-70 years, without diminishing the value we obtain from them.

We are already seeing the effect of such ‘digital’ savings in the consumer retail sector through the deployment of the internet. This gives us a glimpse of the future; but at the same time is only the tip of the iceberg, as with IoT we can go much further into such cost savings.

It is important to realise that from an economic perspective ‘smart cities’ are all about efficiency, productivity and cost savings. There are some new revenue opportunities, but in general they are only a fraction of the overall gains that can be made.

While no city in the world can claim to be the leader in this field there are thousands of examples in the leading cities around the globe – and increasingly in Australia also – that have very impressive scores on the board. The fact that most leading cities are now finally developing strategic smart city plans, or at least economically viable smart city projects, indicates that this is not just another blue sky story, but a solid business reality.

Add to this how people are embracing smartphones, the internet, and apps, and it becomes clear that people are more than ready to live in smart cities. The key to success for a smart city is to find the right investment and business models that allow us to reap those public sector gains in a collaborative way between industry and public sector. These models will increasingly have to be based on city-as-a-service models, whereby cities will have to operate their smart city services based on an opex rather than a capex model.