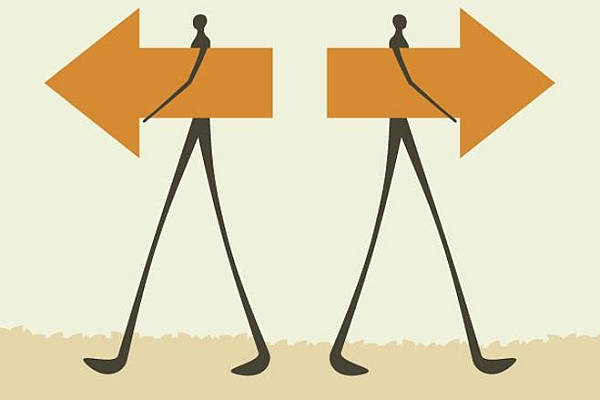 For more than a decade I have followed the trials and tribulations of New Zealand’s third mobile operator, 2degrees. This story started at a time that regulation (or better the lack of it) in New Zealand very much favoured the incumbent operator at that stage called Telecom New Zealand (now Spark).

From the very early days we expressed our concerns about a third player entering the market at a time when there was near mobile saturation and a duopoly in place that would make life extremely miserable for a new operator to become profitable.

But the new investors were betting on the New Zealand government following the example of other countries which, in the early 00s, had introduced more prescriptive rules to ensure competition, prevent the ‘gaming’ of the regulatory system by the incumbents, and foster national interest.  Instead, New Zealand sold raw spectrum with no operating conditions attached – government officials thinking this free market approach would attract a deep pocketed competition reaction. Instead it attracted some entrepreneurs from Econet in Zimbabwe, who started what would later become 2degrees.

There was never a clear indication from the regulator that they believed it was in the national interest to foster the success of a third player. After years of fruitless negotiations and with mobile penetration at 100 percent and New Zealand having become one of the most expensive places in the world to make a mobile phone call, Econet sold out to a new group of investors. The new investors started without any prescriptive commitments and embarked on a capital intensive infrastructure plan.

Without any regulatory protection the two incumbents (Telecom and Vodafone) fought 2degrees at every step and the government stuck to its ‘non policy’ and failed to provide the protection needed for the company to maintain its competitive business model.

2degrees was rather late in entering the New Zealand market and as such had no opportunity to build up a significant number of good quality subscribers or to get infrastructure equality.

Nevertheless the company has provided great outcomes bringing lower prices, better services and more investment, both directly and from the incumbents. However, now, more than a decade later, 2degrees is still unprofitable and floundering. As in 2015, the 2014 public accounts still showed a business losing over $2 million a month.

While one could argue about the pros and cons of a third player for the national interest, it has been pretty clear from the very early stages that the regulator should treat 2degrees in a similar fashion to other countries with similar economies and successful third operators.

Like it or not, in the end the buck stops with the investors. At the launch of 2degrees we clearly stated in our analyses that with 100 percent mobile penetration and no regulatory support it would be up to the company to make this work; relying on regulations that might one-day happen would lead to a very weak underlying business model.

So, after holding out for all those years where to now for 2degrees?

The controlling owners are private equity companies whose role in life is to make money, not to look after the national interest. The largest one, Trilogy, while having a good reputation and substantial experience, also has had problems in its other two mobile markets: Bolivia and the Dominican Republic. While it may sell other assets and stay in New Zealand for the long haul, it is equally possible that eventually it will simply cut its losses, call it quits and leave New Zealand. We haven’t heard much from the Maori minority investment in the company, held by the Hautaki group. Could they perhaps persuade the government to come up with a more supportive regulatory regime? Or reach further into their pockets?

2degrees has some good assets of spectrum, cell towers, call centres, brand, service reputation and billing systems but any new owner will still face the same problems around market dominance and lack of regulatory support.

Apart from ongoing investments needed to compete in mobile networks there are now also city-wide wi-fi networks, 5G is around the corner and low power wireless networks are entering the market for IoT services. Any company operating in the mobile market, and in particular 2degrees, will need to have a strategic rethink of where it wants to go from here.

At the same time the regulator needs to (or should) ensure that a viable third operator maintains a challenger position, forcing incumbents into competing on price, service and infrastructure. In this respect the rumoured interest in 2degrees from the Australian company Vocus does make sense. (adding to that, Vocus’ recently merged with M2, and so owns CallPlus, Slingshot and Orcon, giving it a sizeable voice and ISP presence in the market). Adding mobile services, at least in New Zealand, must be of interest.

While it is still in the national interest to deliver regulatory frameworks that limit the misuse of market power by incumbents, it is highly unlikely that the regulatory system of New Zealand is suddenly going to dramatically change, and this will certainly place a strain on 2degrees finding new investors.

These are very interesting times for the telecommunications market in New Zealand. It is a complex and interconnected market but, whatever happens 2degrees has added a range of good assets to the market, lowered prices for consumers and lifted the level of customer service. This is the now new reality of the market and the company has set the level of customer expectation going forwards and both the incumbents and the potential new owner of the company will have to take that into account.

The open questions are what will happen if the third operator were to fail and the market revert back to a mobile duopoly? Would Spark and Vodafone prefer that a third player remain a winnower in the market, so they can maintain their claim that New Zealand has a competitive mobile market? And is Vocus in a position to bring new investment and competitive services to the market?