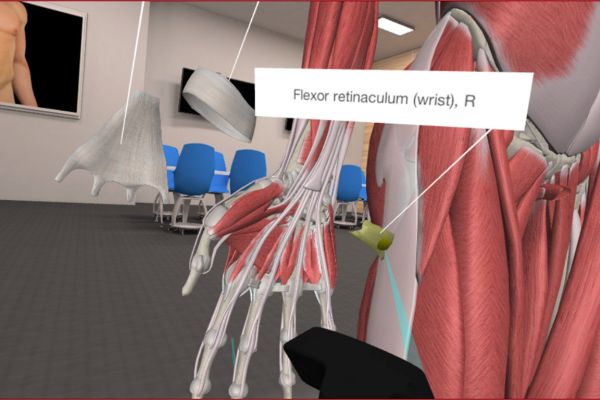 I’m ill-equipped to survive in the virtual world. My gaming credentials are next to nil. Knocking out the alien spaceship in Phoenix was about the peak of my powers. These days they revolve more around telling my teenage sons to get off that bloody Fortnite.

So stepping into the arcade experience at VR Junkies studio on K’ Road was not without some trepidation. I knew I’d be bad, and I was.

“I was willing to take on the shame to see for myself where the technology has got to, and where it might go.”

If your virtual reality experience is, like mine, limited to dorking around trying to win an Oculus Rift on the stand at a trade show, you need to adjust your sensors. This is next level. I’m talking about being transported into an alternative world where vision and inner ears don’t necessarily compute, gravity is just an annoyance and inter-galactic domination is entirely possible.

This stuff messes with your head as well as your vertigo (and my toe – bruised along with my ego in a ‘hi–ya’ moment in the drunken bar room brawl game – more on that later).

The first game was a bad choice. I found myself suspended in some kind of mid-space Roman Empire vertiginous hell, struggling with my controls and under fire from some far better qualified fellow players (a generous term given the treatment they gave me). Lesson #1: Avoid Skyfront.

Fortunately I came with reinforcements. The offer of free VR was enough to sever the boys off Fortnite and entice a couple of their mates along (go Dad). Less fortunate was that they were having way too much fun in neighbouring booths to rescue a limping loser in the wrong bar at the wrong time (Drunken Bar Fight -– apparently the game of choice for women heading out on the town, “soooo empowering” – and recommended by novices for a laugh).

So far, any insights on future applicability in business were scant.

Son #1 had this to say about the overall experience: “The headset was comfy and you really felt like you were immersed in a different world…as a first time it is a very cool experience.”

Son #2 added that: “Although some of the games weren’t clear on the objective, they provided good entertainment and enjoyment.” I could agree with the first bit anyway.

Mate #1 also provided some thoughtful insight: “The VR Junkies experience was different from traditional games because of the immersive reality that the games offered.” (Bless).

But they’re a tough generation these Zs. Son #1: “The games themselves were enjoyable but didn’t have a lot of content to them so I felt like you would soon get bored.”

That might dent their aspirations for buying one – as might the price tag at around $8,000 apiece for the HTC Vive headset, movement sensors, controllers and console. The arcade option seems the only viable way these kids were going to get to have a go, and at $25 for 30 minutes, the second 30 minutes might start to feel pretty pricey.

But back to my mission of informing business on the possibilities of VR.

The last session proved a winner. Being able to explore the human muscular, skeletal and cardiovascular systems (and the rest) in ‘real life’ detail was stunning. Literally reaching in and lifting out of a wrist the Flexor retinaculum had my mind racing with where this could go.

James Hayes, founder of Virtual Medical Coaching, a Christchurch-based MedTech startup, was sufficiently inspired to create and deliver VR based clinical simulations for use in health education. Likewise VR, and its AR cousin, are being used for training simulations in military, factory floor, emergency services and driver safety applications.

NZ Hi-Tech Award winner Staples VR created an immersive experience for children at Starship Hospital in Auckland to ease pre-op stress by showing them what to expect. They are world-leading in the use of LiDAR scanning and 360-degree filming techniques that form the basis of real world simulations, as well as the latest in immersive entertainment – movies that you’re in too.

Pilot training in hugely expensive real-world flight simulators is being augmented by VR alternatives to relieve pressure on facilities – and have some fun. Architects are embracing solutions on top of CAD capabilities where VR and AR can reveal planned and as-built systems to aid design, as well as real world maintenance and repair.

The upshot? If your environment is too dangerous, expensive or boring to afford on-the-job training, then you should be getting your thinking visor on and engaging with the world of VR.

One thing that can be certain is that as gaming application development tools improve, so too will the accessibility of industrial applications that deliver significant benefits in workplace training and productivity.

I’m just not sure the kids realise it. Yet. 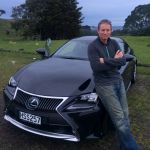 Hayden McCall is the Publisher at iStart. Despite his natural charm he is a poor wit and lacks the requisite skills to contribute much in column inches. The occasional attempt at anything with journalistic merit is typically lambasted by the editorial team and seldom makes the cut.