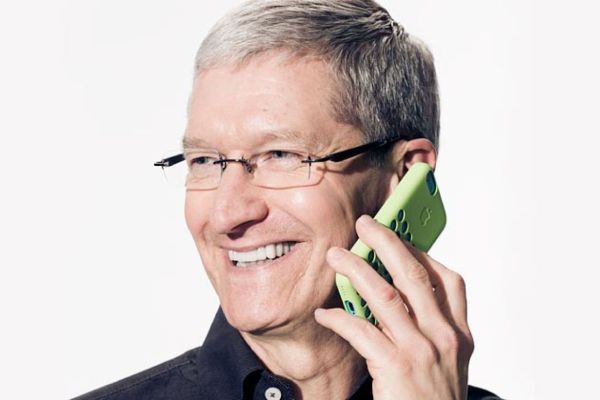 Apple CEO Tim Cook may not be attention-grabbing like his predecessor Steve Jobs, but Mark Webster finds he has kept the tech company on a very sound footing indeed…

The figures are out and once again Apple has made a record profit … this on the back of sales of over 61 million iPhones. Of these, 20 percent of sales represents existing iPhone users upgrading to iPhone 6 or 6 Plus. And, against expectations (again), Mac sales went up. Other triumphant Apple services include the App Store, Apple’s digital download service, which also contributed to the record quarter. Dollar-wise, Apple earned US$13.57 billion in revenue for the quarter, up from $10.22 billion in the same quarter last year.

China is the golden pot. Apple saw its greatest growth in the quarter there, with revenue up a massive 71 percent year over year. Somehow, first-time Apple buyers are still to be found. First-time buyers run at around 40 percent in the US and, more understandably, 70 percent in China.

The Mac sales growth still surprises me, much as I love ’em, of course. Mac sales grew 10 percent year over year, once again outpacing the overall PC market by a healthy margin. The new MacBook Pro and MacBook Air in particular led sales from March. Once again, China is a big help, where Mac unit sales were up 31 percent. Other than that, the overall PC market shrank in China.

You’d almost think Apple is working on a world tech takeover if it wasn’t for the iPad numbers. Although Apple sold 13.7 million units, it has been reducing channel inventory as sales continue to slip. That said, March was a record quarter for iPad sales in Japan, and an all-time record in China.

This is the month iPad turns five years old and Cook reckons iPad sales will return – meanwhile, use of iPads is way above figures reported for other tablets, from online use, app sales etc. Although iPad hasn’t maintained its sales rate, it continues to be the ‘#1 tablet’ and, perhaps most importantly, remains number one in enterprise. Generally, though, it appears that iPad sales are being cannibalised by iPhone and Mac. I would think this would be especially so with the MacBook which is like a hinged iPad with a great keyboard – but it’s too expensive to be a competitor.

Of course, these iPad results caused some analysts to duck for cover, while some just acted surprised. Apple CEO Tim Cook even found time to comment on it, saying, of supply chain estimates, “I’ve never seen one that’s even close to accurate”. His relatively strong reaction was prompted by a question regarding a perceived weakness in launch margins for the Apple Watch.

And what about that Watch? It shouldn’t surprise anyone that it’s not going to last you long. It’s obviously going to be superseded at some point, with something better, from Apple of course. In this it’s quite unlike a traditional wristwatch, or at least a traditional decent watch. iFixit meanwhile opened one up and found masses of glue and soldering. For anyone even considering having a tinker, that’s most off-putting, and surprise, surprise, it’s not going to be component-upgradeable. If you still really want one it’s already on sale in a few countries and more nations will be added to the availability list in June.

This from Cook’s lips too: “Right now, Watch demand is greater than supply. We’ve made progress over the last week or so. We’re in a good position, and by late June we anticipate we can begin to sell the watch in additional countries.”

For investors, Apple announced a significant increase to its shareholder capital return programme to a cumulative total of $200 billion. The company is increasing its share repurchase programme by $50 billion, while its dividends will be increased 11 percent to $0.52 per share.

For those, like me, who think Apple’s not doing what Apple did under Jobs, Apple’s going pretty well.
Loizos Heracleous, a Professor of Strategy of Warwick Business School, reckons Apple has shown once again it has staying power. “It would be a mistake to assume that the iPhone is the company’s only advantage. Revenues from the App Store and Mac are important contributors to its performance.

“More importantly, however, Apple can sustain premium pricing for the iPhone and other offerings because of its ecosystem of products and services that, apart from having positive and synergistic effects on the user experience, also create barriers to exit for customers. Apple’s immense operational efficiency – for example it has one of the highest stock turnovers, and one of the lowest Selling, General and Administrative Expenses costs in the industry – leads to extremely healthy margins.”

He also has an opinion on the much-studied Tim Cook, writing that in the three-and-a-half years that Tim Cook has been CEO, he has very effectively sustained the trajectory of high performance that Steve Jobs forged.

Couldn’t have said it better myself.