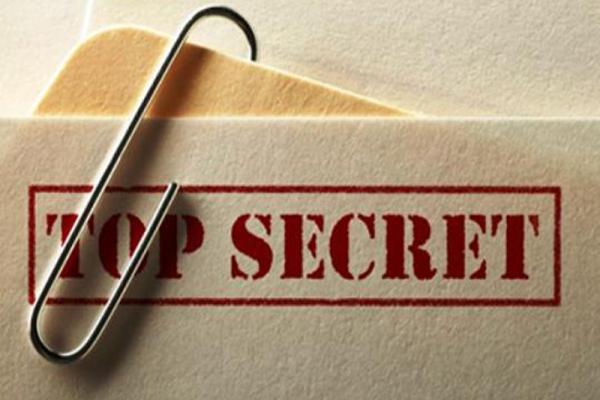 OK, so we knew Apple was building a watch. The rumours were strong enough that, even two-plus years ago, companies launched entire ‘competing’ smart watches against the possibility that Apple was going to sell one. I use those quote marks because I don’t understand how you ‘compete’ with a project that’s not tangible, and hadn’t even been announced until last year. But that’s what happened.

Just last week, when the Apple Watch was launched (it will be on sale soon, in Australia anyway), Apple shocked everybody by also producing an entirely new MacBook. Not a MacBook Air, or a MacBook Pro, just a MacBook. It was even slimmer than the Air and contained brand new tech, like an all-new Retina display and an entirely new trackpad (the ‘Force Touch’). Surprised? Absolutely. Everyone was – there wasn’t a single hint this was going to happen.

Likewise, last year, at its annual Worldwide Developers Conference (WWDC) in San Francisco, Apple announced lots of what had been expected by the digerati – plus an entirely new programming language called Swift, years in the making, and utterly, successfully kept under wraps the whole time until this announcement. The developers in the room went crazy.

Have you heard Apple is building a car? This may or not be true, of course. At last year’s WWDC in San Francisco I got to sit in a hot ’60s Mustang to be shown how a CarPlay-enabled head unit can be retro-fitted into older cars. CarPlay is an iDevice-linked audio controller. Before it was my turn, I was standing next to an Apple employee and I remarked on the car (once upon a time I wrote for a car enthusiast magazine). He clearly knew a lot about it so I asked, with my suspicious mind working, how come?

“Really?” I asked, and, since it seemed like a job leap, to say the least: “How come you moved to Apple?” He wouldn’t say … and from then on, he was nothing but cagey.

In 2014 it became evident Apple was hiring so many people from the car industry, it had become impossible to miss. Since then, there have been all sorts of hints and traces that Apple really is doing something (beyond a smarter stereo controller) in this space. What exactly, we don’t know. Siri-driven auto-cars? ‘Smart’ electric cars you can customise with apps? Space cars that you can cruise in to the next continent? (OK, I made that last one up.)

Lately, ‘evidence’ has emerged of a mysterious Apple off-site research facility. AppleInsider claims the ‘Apple Car’ (incidentally, boring and obvious device names are our new Apple thing) is not just a concept, but a full-blown project that Apple is developing in secret away from its main Cupertino campus. This ‘secret’ plant is supposedly in Sunnyvale, California. (Quick, launch the HD video-equipped drone…)

As Macworld writes, there are lots of mysterious reasons for speculation around this set of buildings, registered to a corporation called SixtyEight Research. Apple (this is unproven) could be using this as a shell company…

Here’s the apparently smoking-gun fact: recently SixtyEight renovated its facilities to add a ‘repair garage’. OK, that’s a barely-discernible wisp of smoke from the rumour-gun, right? But it’s enough to get the speculators furiously speculatin’.
Not that long ago, but long before launching its first tablet, Apple created a British shell corporation called ‘IP Application Development Ltd. Get it? IPAD Ltd…

At Apple itself, there are various layers of swipe-entry doors to get through. A bloke I used to play soccer with visited TBH Whybin in California once and was shocked to have the contents of his bag and pockets emptied out and scanned on the way in and out to make sure nothing changed while he was inside. This particular TBH office was the one that dealt almost entirely with Apple.

I’ve often suspected that Apple subtly adds fuel to the fire of off-target speculations, and at the highest levels, to help hide real developments behind smoke and mirrors. But I can’t prove it.

Whether Apple is actually going to produce a car, I have no idea. I do think it’s as stupid an idea as the one about Apple possibly creating a television set (another fairly longstanding rumour). Then again, that’s what I thought about Apple producing a phone – so what I think means precisely nothing!

But I’m afraid I can’t add my own wisp of rumour-smoke: That Mustang was a Foose-converted ’65, and not a SixtyEight… 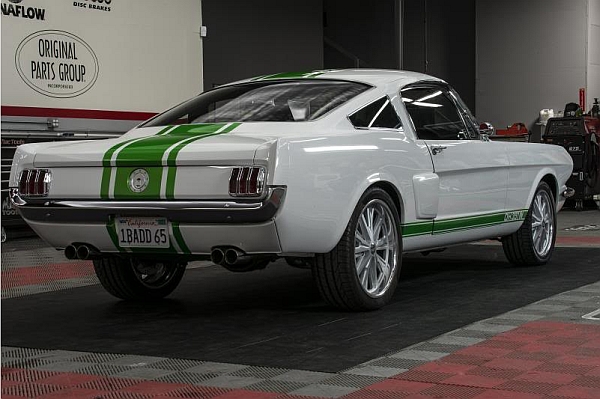