Apple Matters: Watches in this space 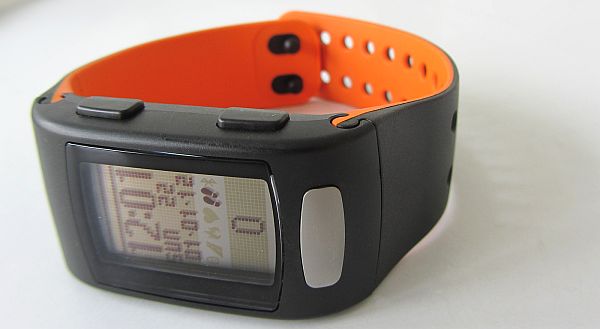 While the Apple Watch is not available for purchase over here yet, Mark Webster discusses the impact it might have and reviews three alternatives…

Apple has had another good year, despite the year’s decline in iPad sales (and all tablet sales actually). Regardless, the tablet hasn’t had its day yet. The iPad Air 2 is a simply stunning example of slim, high-tech computing power (see my review here – there’s lots of development left in this space, but pundits, particularly those not particularly enamoured of Apple, continuously demand more innovation from the Cupertino giant.

But Apple is set to deliver. Apple Watch is the big news for 2015; it has been announced, developers have been given the tools to create Watch apps and Apple has been adding more information to its site. We’ll be able to buy it … some time in 2015.

Meanwhile, there are lots of other watches with varying degrees of ‘smartness’ available already. And they’re affordable. These tend to be aimed at fitness, although they can also (usually) tell the time. While I can be a bit cynical about those people who simply have to monitor every single aspect of their lives (tech-enabled narcissism?) there are lots of very practical uses for a monitoring device on your wrist. For a start, I do appreciate seeing the time at a glance rather than having to dig an iPhone out of my pocket or bag. More importantly, if you have some medical condition, this kind of unobtrusive monitoring which also looks fairly attractive and tells you the time could literally be a lifesaver, or at least genuinely informative.

This medical space will be a big Apple Watch draw card. Imagine your medical specialist being able to follow some of your medical parameters remotely. More generally, though, we should probably all be moving our bodies more. I’ve long used the free app Moves to tell me how many steps I’ve taken, calories burnt and distance walked, and it’s a salutary lesson sometimes just how inactive I can be over a day. Wrist-borne devices take all this to the next level, with the added benefit that you don’t actually need to have your smartphone on you to measure the same, or even more, data.

I’ve had a closer look at three non-Apple smart watches you can buy here. The LifeTrak C200Core ($150) doesn’t talk to my iPhone, but it does have the ability to track heart rate, measure calories burnt (once you’ve set your personal age, weight, height etc) and has workouts with goal setting all in the device, plus a replaceable battery – no recharging.

It’s also attractive and has changeable wristbands (there are many available). It’s extremely quick to change into a band that suits your attire, or your mood. But since it doesn’t talk to my iPhone, I have to tell Endomondo that I’m ‘going on a workout’ (a bike ride in my case) plus launch the workout mode on the LifeTrak. It’s a nice enough device, but think of the LifeTrak more as a standalone thing. The newer LifeTrak C300 does communicate with iOS, via a LifeTrack app. That would be worth a look.

The Mio ($250) seems big and chunky when you look at it on a desk, but once on your wrist it’s surprisingly comfortable. A USB charger clips to the back for charging from computer via USB. It has two bright LEDs underneath that shine into your skin and measure your pulse with remarkable accuracy. That means no chest band: a big plus. It lasts several days on a charge. You can load up an app like Endomondo and tell it to communicate with your ‘heart-monitoring chest band’ – however, it finds the Mio and you’re away. Mio communicates with your iDevice (or Android) and is registered as a device by Apple’s Health app, so between those two apps, you get a pretty detailed overview of your activity. Endomondo already measures a pretty impressive range of data points, and even tells you what the weather was like on the day you exercised – I cycle more slowly when it’s raining, and now I can see at a glance why my figures were slow a month ago. Adding your heart rate into that data set is pretty cool.

The Scosche Rhythm (c$80) doesn’t even have a watch-face, just a bright yellow plastic case with three buttons on it: Minus, S and Plus. The cloth band is super comfortable but you have to wonder how long the velcro will last; luckily a spare is included. Also, you don’t wear it like a watch, but up on your forearm nearer your elbow. It charges via USB in two hours via a cradle that snaps to the phone back. The centre stylised S button is play/pause with one press, next track is two, three presses is previous track, press and holding it for three seconds turns it off – the other two are volumes. Everything you do is via the Scosche Rhythm app. Basically, the Rhythm is just an iTunes controller with a heart-rate monitor until it’s transmitting to the app – then it covers calories, speed/distance, indicates workout intensity and presents an activity summary.

Of the three, although I like the look of the LifeTrack, the Mio is the most useful to me – but this space is increasingly rich in products.