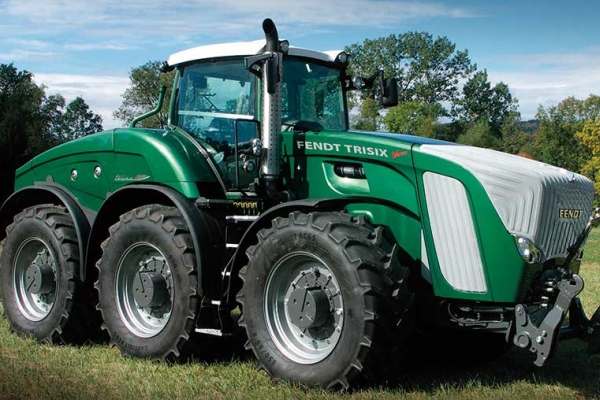 Take New Zealand’s largest sector and combine it with the sector believed to now be the country’s second largest, and you’ve got a multibillion dollar global opportunity.

At least that’s the hope of many as New Zealand rolls out its Agritech Industry Transformation Plan (ITP)– the first of a number of sector focused government economic development plans looking at the challenges and opportunities of individual sectors and the policies and investments required to catapult the sector forward.

David Downs, Agritech ITP lead, is bullish about the plan and the future for New Zealand’s fledgling agritech sector.

These technologies which sound pretty abstract, get real quite quickly in the farming, agriculture or horticulture sectors.

“Covid has given us an opportunity as New Zealand to get a year or two ahead of everyone else,” he says. “We’ve got back to an almost normal way of doing business and we can spend the next year or two sorting out some of the ecosystem things that potentially have been holding us back in order that when the whole world normalises, we’re at the top of our game.”

While the country has long had a strong foothold in the agricultural market, Sarah Hindle, Agritech New Zealand chairperson, admits New Zealand is punching below its weight relative to global peers.

“New Zealand’s primary sector is large and growing, yet our agritech exports are relatively small,” she says in Aotearoa Agritech Unleashed. “Agritech businesses tend to solve domestic challenges and work competitively. However, what will move us forward is collaborative, cross-disciplinary thinking and the convergence of skills and technologies.”

At the moment the sector is estimated to be worth around $1.4 billion a year in terms of revenue – only a fraction of comparative countries, including Israel – whose agritech sector is valued at almost 10 times that of New Zealand, thanks in part to strong, focused government support – the Netherlands, and Denmark.

The inaugural NZ Agritech Insights Report, released by the Tin Investment Network, noted that agritech is one of the largest sectors TIN tracks, and some of the olest companies in the TIN report are agritech companies – some of whom have histories going back more than 100 years.

The report, which will form the basis to provide a longitudinal view of the sector – and the impact of the ITP work – over the coming years, also found that nearly half of the sector’s emerging companies have an ICT focus.

“There are all these buzz words in technology – people talk about 5G or IoT or cloud or big data,” says Downs. “When you actually trace that back to what it means, a lot of it comes to life in the farming, agriculture or horticulture sectors.

“If you put sensing technology out in the field to understand moisture or nitrate levels you start generating an enormous amount of data which gets transferred over 5G, or whatever it might be.

“So these technologies which sound pretty abstract, get real quite quickly. And we’ve seen over the last few years an emergence of this idea that data systems are a really critical part of how the future of farming might look. Making evidence-based decisions based on information coming directly off the land in almost real time is a really exciting world. So these ICT companies coming out are really exploiting the fact that a lot of that information and data is available in a way it never was before.”

Those three projects, are the establishment of a horticultural robotics, automation and sensing institute likely to be in the Bay of Plenty; the Farm2050 Nutrient Initiative, a joint initiative between Farm2050 and Agritech New Zealand to address environmental concerns around poor application of nutrients, already underway; and the creation of a specialist agritech venture capital fund.

“New Zealand has always been strong in the dairy system and pastoral agronomy, that sort of thing,” he says. “But in the rest of the world there is the emergence of whole new growing systems – vertical farms, indoor farming, alternative protein, lab growing meat, all these different technologies are rapidly growing and NZ needs to diversify to encompass some of those, building on our traditional strengths.”

But Downs admits care needs to be taken to ensure that a passion for technology doesn’t outstrip reality and pragmatism, and the ITP includes plans for model, or demo, farms to make sure the technologies are grounded in reality. Farmers, he notes, aren’t interested in taking on technology that doesn’t add value, or that is too complicated.

The creators of ag tech need to be very conscious of the user and the situation those people are going to be in, and the technology has to have ROI. If you hit those things, farmers prove to be extremely good adopters of technology.”

He says he also wants to see a lot more people working in the sector – in roles that are typically specialist, high-paid jobs. “It’s kind of knowledge economy meets traditional economy,” he notes, “and there is an opportunity for us to see quite a lot more employment through that.”

That employment is also likely to come outside of the main cities, creating employment and opportunities for the regions.

So in reality, what’s the plan mean for New Zealand?

Downs says by the end of this year ‘we’re going to have made progress in almost every area of the plan,’ including having a strong business case and plan for the robotics work.

“Agritech is the nexus between two really important things for NZ: Our traditional strength in agriculture – the backbone of the NZ economy – and the emerging exciting opportunity for NZ which is the tech sector, which is the fastest growing sector and probably the second largest given what has happened to tourism.

“Agritech brings both things together, and it’s not an exclusive thing. We are not talking the end of dairying because we’re all going to go to tech. We’re talking about something that is really exciting.

“When people realise we can marry our traditional strengths with an emerging massive opportunity you’ll see this is the perfect place for New Zealand to be spending some time.”